All existing tyre designs will have to comply with wet grip and rolling resistance standards from next April and less rolling noise standard from next June.
By : HT Auto Desk
| Updated on: 01 Jul 2022, 16:58 PM 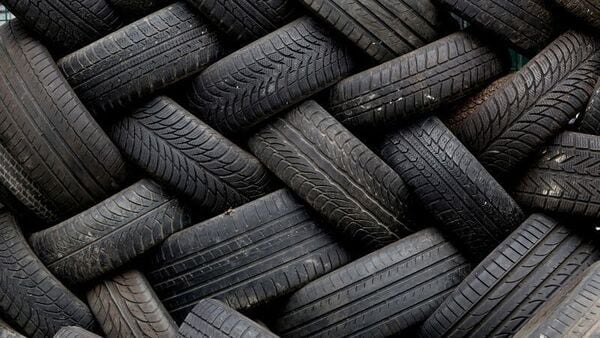 File photo of tyres used for representational purpose only

The Ministry of Road Transport and Highways (MoRTH) has issued a notification stating the standards of tyres for passenger cars, trucks and buses viz-a-viz rolling resistance, wet grip, and rolling sound emissions. These standards will come into effect from October, an official statement noted. "(The notification) mandates (these) requirements for tyres falling under classes C1 (passenger cars), C2 (light truck) and C3 (truck and bus), as defined in the Automotive Industry Standard 142:2019," the statement added.

As per the MoRTH notification, all existing tyre designs will have to comply with wet grip and rolling resistance standards from next April and less rolling noise standard from next June. The tyres will have to meet wet grip requirements and stage two limits of rolling resistance and rolling sound emissions as specified in the Automotive Industry Standard (AIS). Once this regulation is implied, India will be aligned with United Nations Economic Commission for Europe (UNECE) regulations.

Rolling resistance of tyres have a significant impact on a vehicle's fuel efficiency while the wet grip capability influences braking performance of tyres under wet conditions. It also affects safety of vehicles while rolling sound emission is related to the sound emitted from the contact between tyres in motion and the road surface.

In a separate development, earlier in March, Road Transport Ministry issued a draft notification proposing to formalise the movement of personal vehicles registered in other countries when entering or plying in the Indian territory. Under the Inter-Country Non-Transport Vehicle Rules, a foreign vehicle operating in India will need to carry a valid registration certificate. Such a vehicle will also be require to carry a valid insurance policy and driving licence or international driving permit.