States have started hiking VAT to generate more revenue at a time when finances have suffered due to the ongoing lockdown.State governments' reported reluctance to bring petrol and diesel under GST is likely to only increase now.
By : Shubhodeep Chakravarty
| Updated on: 06 May 2020, 03:57 PM 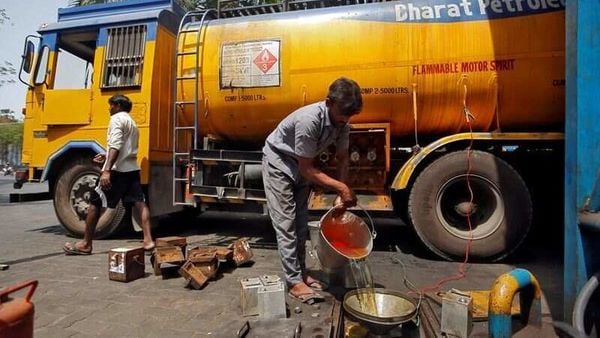 There has been a long-standing demand from various quarters to bring petrol and diesel prices under the ambit of Goods and Services Tax (GST) but one of the reasons for it not materializing is the reported reluctance of most state governments. And with almost every state government losing precious revenue in the ongoing national lockdown to check the spread of Covid-19, the reluctance is expected to get only firmer.

A number of governments - from Haryana, Delhi and Uttar Pradesh to states in the north-east - have hiked Value Added Tax (VAT) on petrol and diesel in recent weeks to make up for losses during the lockdown. The central government too hiked excise duties on the two fuels by ₹10 and ₹13 per litre, respectively. The base price of petrol on Tuesday was at ₹17.96 per litre but in Delhi, for instance, the total tax component of ₹49.42 for every litre of petrol took the price up to ₹71.26. Diesel is now at ₹69.39 per litre here, far more than its Tuesday base price of ₹18.49.

Demand has crashed in recent weeks owing to the lockdown and crashing crude prices through April allowed oil companies to refill their buffer facilities to the brim.

As such, while prices should have actually come down, they have increased due to the rise in VAT and excise. Arguments in favour of such a rise explain that governments need to generate revenue because the past several weeks have hit their respective coffers hard. Bringing fuel prices under GST would adversely impact a major source of revenue because it would cap the amount of tax on both fuels. "The state finances will not permit that decision to be taken at this time of the crisis. Because states have been opposing that. So, this is not the time to discuss or take a decision to bring them under GST" former oil minister and Congress leader M Veerappa Moily told PTI. BJP spokesperson G V L Narasimha Rao was also quoted by the news agency as saying that any decision regarding fuel prices under GST would be better left for future. "This is a matter that can be considered in future GST council meetings. GST Council, whenever it meets, may relook at the possibility but States are reluctant. So, I don't think this fructifying in the near future."

The counter argument however is that crashing global crude prices did not result in fuel prices in India coming down which is against the market-driven pricing policy. Many have highlighted how demand would remain muted if taxes are hiked in a bid to generate additional revenue.

As such, while hiking fuel prices will hurt the common man if and when demand returns, the prices themselves will remain out of GST for the foreseeable future.