Renault will launch Mobilize next year and will provide a two-seater urban electric vehicle which is being stated as the successor to the Renault Twizy.
By : HT Auto Desk
| Updated on: 16 May 2022, 12:27 PM 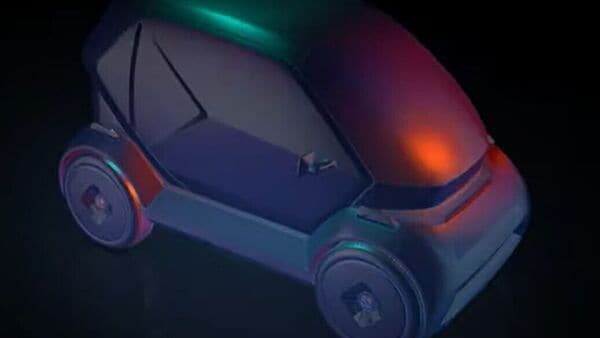 Screengrab taken from video posted on YouTube by Groupe Renault.

Renault will soon launch its brand Mobilize in the United Kingdom as a car-sharing schemes. Renault is going to launch this scheme next year and through this, the automaker will provide a two-seater urban electric vehicle which is being touted as the successor to the Renault Twizy. This EV from Renault's Mobilize will be called Duo. Renault shared that this EV holds significance as it will be the first-ever software-defined vehicle.

According to Mobilize CEO Fedra Ribeiro Duo will be launched as an enabler and not an operator. This means that this electric vehicle from Renault will be offered through third party plans. It is expected that other companies will integrate it into their already existing schemes and pay the automaker the charges of maintenance, servicing and software updates. Renault already has its vehicles in a car-sharing scheme called Zity that operates in four major European cities including Paris.

With Mobilize, Renault does not directly want to get into car sharing but rather the goal is to offer this Duo EV through other establishments so that it can earn profits through offering services. Renault wants to minimise capital investment through this brand. Mobilize brand will also introduce small electric cargo vehicles based on the same underpinnings called the Bento. About Duo, Ribeiro also said, “Duo is a breakthrough for car-share operators. We have to make sure they have an exceptional experience in finding the car, charging the car, even having fun."

In a previous report, Renault also announced that it is planning to separate its internal combustion engine and electric vehicle businesses. According to a statement released earlier, the automaker shared an entity fully dedicated to electric vehicles and the development of software related to it will be established in France and will employ about 10,000 people by 2023.