Staying on top of the latest advances in battery technology will be key in shifting fans of Porsche’s cutting-edge combustion models to buying electric siblings like the Taycan.
By :
| Updated on: 07 Apr 2021, 09:18 AM 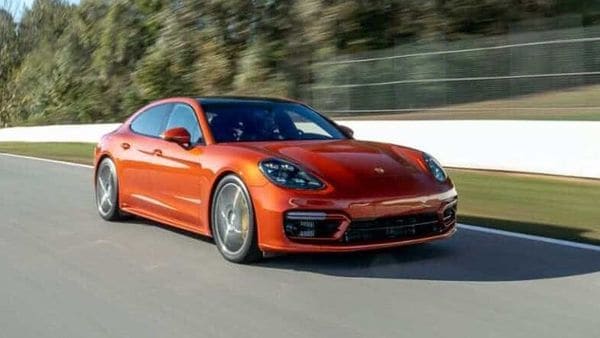 Por­sche is seeking to strengthen ties with battery specialists to expand on its technology edge that’s helped turn the Taycan electric car into a sales success.

Volkswagen AG’s most profitable division is in talks to set up more collaborations with battery developers, including Germany’s Custom Cells GmbH, Porsche said Tuesday in a statement. The sports-car maker is spending 15 billion euros ($18 billion) over five years on boosting electric mobility and digital services.

Staying on top of the latest advances in battery technology will be key in shifting fans of Porsche’s cutting-edge combustion models to buying electric siblings like the Taycan. Batteries promising superior performance would flank Porsche’s plans for synthetic fuels that could power future sports cars on and off the racetrack.

Mercedes-AMG last week presented a new battery layout derived from its Formula 1 operations, adding to signs of how carmakers’ performance divisions are making the leap into an electric future. Motorsports have played an important role historically for Porsche.

The maker of the 911 model plans to establish a joint venture with Custom Cells in the German city of Tuebingen called Cellforce Group GmbH, according to a filing on the country’s cartel office website. Porsche declined to comment on the specifics of the plan because “significant questions are still open."

Parent Volkswagen, Europe’s largest automaker, mapped out a comprehensive effort last month to challenge Tesla Inc. as the dominant electric-car maker with a plan to have six battery factories in Europe and invest globally in charging infrastructure. VW is also an early backer of QuantumScape Corp., the U.S.-listed specialist working on solid-state batteries.