Focusing on its electrification goals, Porsche is planning to discontinue the Porsche Macan fossil fuel model in the next three years.Porsche has also set a deadline of 2030 by which it aims to convert 80 per cent of its vehicles into EVs.
By : HT Auto Desk
| Updated on: 21 Sep 2021, 06:30 PM 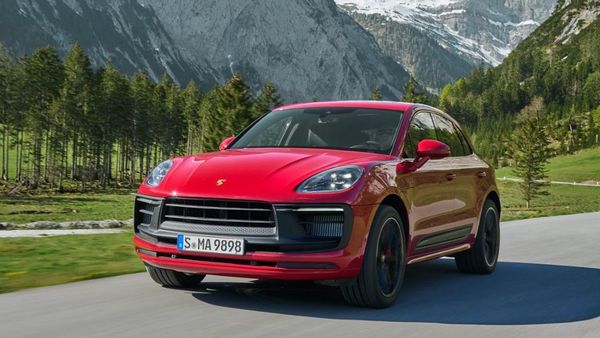 The 2022 Porsche Macan was recently unveiled by the brand. (File photo)

Electrification in the automotive industry is getting underway and automakers are taking big strides to fulfil their carbon neutral goals. With stricter emission rules, auto companies are in no mood to waste time behind products that don't follow the norms. Case in point is Porsche's likely decision to pull the plug on one of its popular small crossovers, Porsche Macan, by 2024.

In a recent interview with Autocar, Macan product line boss Sebastian Staiger stated that the automaker is in the process of coming to the final decision of replacing the current gasoline-powered model with an electric one. “There are several limiting factors in a vehicle project. One of these factors, of course, is legislation. Emission laws are another limiting factor. Today, no final decision has been taken, but we assume that 2024 will be the year," he was quoted as saying.

Another report by Motor1 mentioned that Porsche sold 43,618 units of the Macan model in the first half of the year and it comes right behind the automaker's one of the popular models, Cayenne. About 44,050 units of the latter were sold in the same time period. Therefore, one can say that Porsche Macan too is a cash generator for the auto company.

Porsche, a few months ago, unveiled the 2022 Macan model. On the top of the range sits the GTS variant which is powered by a twin-turbocharged 2.9-litre V6 engine. This engine is capable of generating a power output of 434 hp and it also comes with an optional Sport Chrono package. This car can touch the speed of 100 kmph in just 4.3 seconds and has a maximum speed of 272 kmph.

The sports car maker also announced that it will convert 80 per cent of its lineup into electric vehicles by 2030. Porsche has also got into a joint venture with Customcells to start production of its high-performance battery cells which quite clearly states Porsche's aggressive electrification plans.