Home Auto News Planning To Buy Car? Chances Are You Have To Wait Longer Than Usual. Here's Why

Planning to buy car? Chances are you have to wait longer than usual. Here's why

Production cuts and temporary plant closures announced by a few car makers are likely to have an impact on delivery timelines.
By : HT Auto Desk
| Updated on: 03 Sep 2021, 11:36 AM 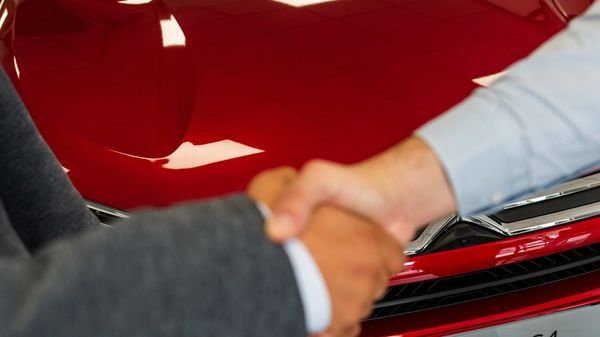 If you are in the market to buy a new car, options to choose from are plenty. And with the festive period ahead, chances also are that you will end up bagging a great deal. But how soon can you bring your dream machine home - that is likely to be the biggest question on the minds of buyers in India as a number of OEMs like Maruti Suzuki and Mahindra and Mahindra have announced production cuts in the month of September citing shortage in semiconductor chip.

Car makers are hoping to do brisk business in the next couple of months and the festive period tends to always bring about cheer to varying degrees. Little wonder then that a number of OEMs have brought out some very compelling products recently that could further expand the list of choices available to a prospective buyer. But the global shortage in semiconductor chip remains a constant worry for manufacturers.

Maruti Suzuki announced earlier this week that its August sales in the country had had an impact from shortage in electronic components. While all models sold by India's largest car maker became more expensive from September 1, the company has announced a production cut by 60% for the month. A production cut had also been announced in August. "Owing to a supply constraint of electronic components due to the semiconductor shortage situation, the company is expecting an adverse impact on vehicle production in the month of September in both Haryana and its contract manufacturing company, Suzuki Motor Gujarat in Gujarat," Maruti Suzuki (MSIL) had said in an exchange filing.

Mahindra on Thursday announced it too will cut production of automotive division by up to 25%. In its regulatory filing, the company said that it will observe 'No Production Days' of around seven days in its automotive division plants this month. While it has also highlighted that this won't impact production plans of the just-launched XUV700, it could have an impact on other high-selling models like Thar and XUV300.

Tata Motors, at the launch of 2021 Tigor EV, earlier this week, admitted that while demand for the vehicle is expected to be strong, there is a need to ramp up supply chain issues. "The semiconductor issue is a challenge and we are constantly working on streamlining our supply chain," Shailesh Chandra, President, Passenger Vehicle Business Unit at Tata Motors, had said. (Full report here)

The pinch is being felt by most other players in passenger vehicle segment as well and this is hardly limited to India. Across the world, power players like Ford, General Motors, Toyota, Nissan and others are announcing plant closures or production cuts. And with no immediate solution in sight, it appears that the shortage of the crucial component may run into the next year as well.