This will be the third hike by Maruti Suzuki India, country's largest car manufacturer, after two hikes in January and April this year due to rising input costs.
By : HT Auto Desk
| Updated on: 30 Aug 2021, 12:01 PM 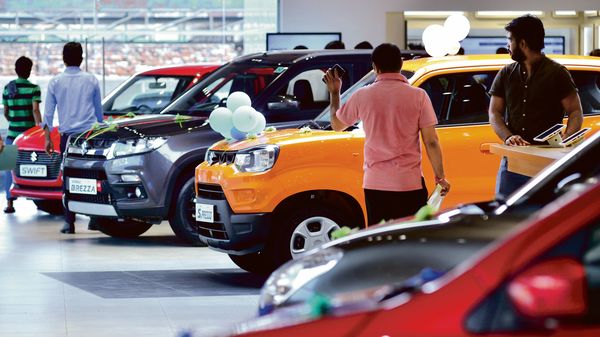 Maruti Suzuki will hike prices of its cars for the third time this year. The price hike will be effective from September, just ahead of the festive season. (File photo)

Maruti Suzuki India is all set to hike prices of its cars once again. From next month, expect prices of Maruti cars to go up as the carmaker has confirmed that it will implement yet another price hike, its third since January this year. From Alto to Vitara Brezza, the price rise has been planned across all models Maruti currently offers in the market.

Maruti Suzuki India Limited came out with a statement today saying, “Over the past year, the cost of the company's vehicles continues to be adversely impacted due to increase in various input costs. Hence, it has become imperative to pass on some impact of the additional cost to the customers through a price rise.

Maruti Suzuki is not the only Indian carmaker to hike prices of its cars due to the rising input costs. The Indian auto industry is grappling with weaker demand and higher costs since the coronavirus pandemic struck in March last year. Since then, over last few months, auto companies have seen demand return but have also warned about uncertainties ahead. Various carmakers have also increased prices this year to keep up with rising costs.

In July, Mahindra and Mahindra increased the prices of all its models for the third time this year. In the last hike, the price of Mahindra Thar received the highest revision as a few of its variants became expensive by approximately ₹1 lakh. Before July, Mahindra revised prices of its vehicles twice in January, followed by May.