Home Auto Cars News Mahindra To Cut Production By 25% Due To Chip Crisis, Xuv700 To Have No Impact

Mahindra to cut production by 25% due to chip crisis, XUV700 to have no impact 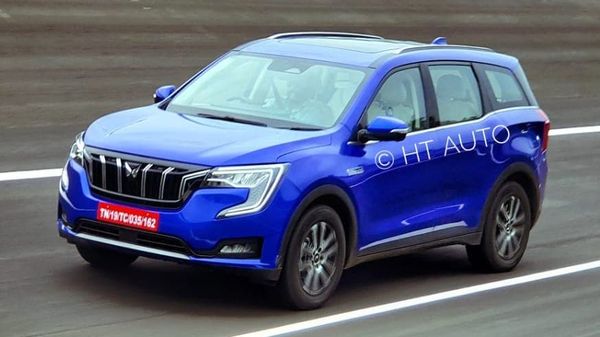 Mahindra XUV700 won't be impacted by the production cut decision.

Mahindra & Mahindra on Thursday has announced that it will cut production of automotive division by up to 25% owing to the semiconductor shortage. The homegrown auto manufacturer has decided to opt for seven days of no production days across its plants. This will eventually result in a 25% production cut for the automaker.

Mahindra's automotive division currently has manufacturing plants Chakan, Nashik, Kandivali, Zaheerabad and Haridwar. However, the OEM has said that there will be no impact on the production ramp-up and launch plans of its new SUV XUV700.

Mahindra & Mahindra is not the only carmaker in India that is facing supply disruption due to the semiconductor crisis. Tata Motors, Maruti Suzuki, Nissan too have reported similar problems. Maruti Suzuki has indicated production cut as well.

Globally, several automakers such as Ford, General Motors, Toyota, Nissan have already announced production cuts or plant closures due to the semiconductor crisis.

Mahindra in its regulatory filing has said that the company will be observing 'No Production Days' of around 7 days in its automotive division plants in the month of September 2021. The automaker sold 15,973 units of passenger vehicles in the domestic market in August 2021, as against 13,651 units in the same month last year, registering a 17% growth. Now, the production cut right ahead of the upcoming festive season is likely to hurt its sales in the coming months.

A production cut means the waiting period for the popular models will increase further. This could result in the company to lose some potential customers. The automaker not only sells passenger vehicles but its automotive business is spread across segments like three-wheelers buses, trucks, tractors as well. The automaker has informed that apart from its passenger vehicle business other automotive businesses won't be impacted by the production cut decision.