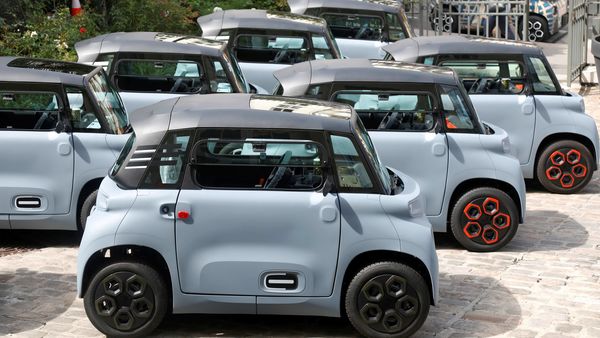 PSA is ending the production of Peugeot and Citroen small city cars, three sources told Reuters, withdrawing from an increasingly unprofitable market as its starts a strategic review ahead of its planned merger with Fiat Chrysler.

While PSA had already agreed to sell its stake in its Czech joint venture with Toyota where the Peugeot 108 and Citroen C1 models are made, the decision to stop selling the gasoline cars altogether has just been taken, the sources said.

Carmakers are reviewing the production of vehicles with combustion engines as they need to fit costly exhaust filtering systems to meet tighter emissions laws. That's pushing up the cost of some so-called entry-level A segment cars to the point where they are hard to justify economically.

"PSA is getting out of both the factory and the A segment business, as it is offered today, and on which manufacturers have arguably lost the most money in Europe," one of the sources familiar with the matter said.

PSA declined to comment on the future of the two small cars. It said it was reviewing which products would best meet customer expectations in the A segment and cope with European carbon emissions targets.

"This means a reflection with fresh and disruptive ideas," a spokesman for the French carmaker said.

The European Commission is planning to tighten its emissions limits for cars under new proposals designed to cut the bloc's greenhouse gas output further by 2030.

PSA's merger project with FCA has also increased the options available, two of the sources said, as the Italian-US company has no intention of abandoning its small best-selling Panda and 500 models. Both already have hybrid versions and the 500 is also available in full electric mode.

"Current projects could be replaced by new ones made possible by the merger with FCA", another source said. "The merger is turning all the cards around, especially when you consider that the A segment, from the very first 500 to the Panda, is inseparable from Fiat history".

PSA and FCA aim to finalise their merger in the first quarter next year to create a new company called Stellantis, which will be the fourth-biggest automaker in the world.

The European market for frugal city cars has been shrinking for several years. Its share fell to 7.4% last year from 10.9% in 2010 while slightly larger and more profitable vehicles in the B segment maintained their share at 30%, IHS Markit data show.

As part of a profitability drive, PSA has already discontinued production of two smaller Opel models - the Adam city car and the entry-level Karl - as part of an overhaul of the German brand.

Despite their miniature engines and light weight, which theoretically made them suitable for cities, automakers have struggled to make their smallest cars profitable.

Some carmakers, such as Daimler which makes the Smart car, or Renault with its Twingo, have been forced to invest heavily in all-electric powertrains to improve their emissions profile in Europe.

PSA also considered electrification as an option for its A segment cars but eventually abandoned the plan, fearing it would remain unprofitable, one of the sources said.

Several alternatives are being studied, including offering more low-cost electric cars in the style of the new Citroen AMI, which is assembled in Morocco, or vehicles in the B segment with a more accessible price, the source said.

While talks about which architecture A segment Stellantis cars will use remain open, PSA is keen to retain a technological lead in the B segment, which includes models such as its popular Peugeot 208 and Opel Corsa.

Earlier this year, FCA sent a letter to its suppliers telling them the company's next three B segment cars would be based on PSA's modular CMP platform and produced internally under licence.

PSA Chief Executive Carlos Tavares, who will head Stellantis, has said repeatedly that he saw no need to scrap any brands following the merger.