Overall victory for Honda and Kevin Benavides at the Dakar Rally 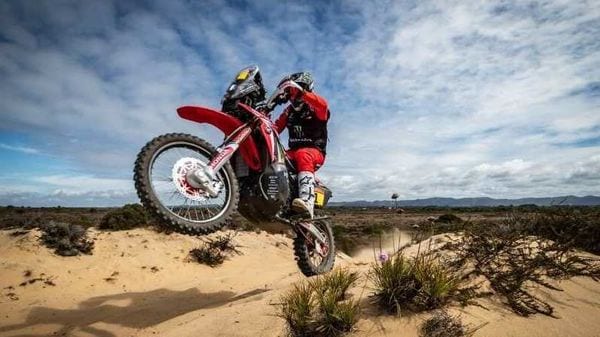 Kevin Benavides on his Honda rally machine for Dakar 2021.

It was an intense, yet intriguing 202-kilometre special stage, which brought down the curtain on the Dakar Rally on the shores of the Red Sea.

This was the first title for the Argentinean Monster Energy Honda team rider and, once again, a historic result for Honda, which dominated throughout the 2021 Dakar.