Home Auto News Outbreak Will Slow Auto Industry 'for Quite Some Time': Bmw

Outbreak will slow auto industry 'for quite some time': BMW

BMW's car sales fell 21% in the quarter as first China and then Europe and the United States saw dealerships closed during the coronavirus outbreak.
By :
| Updated on: 06 May 2020, 03:42 PM 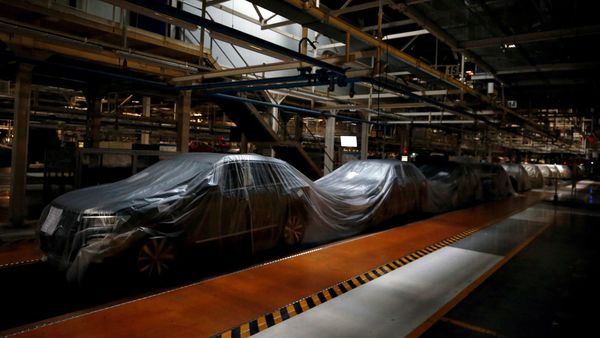 Automaker BMW saw net profit fall slightly in the first quarter from a year earlier, when the company had a large one-time expense. The company said it expected earnings to deteriorate during the first half of this year due to the coronavirus lockdowns and predicted the entire auto industry would be held back by the outbreak “for quite some time to come."

The company said that it remained financially solid with 19 billion euros ($21 billion) in cash at the end of the first quarter.

Net profit fell 2.4% to 574 million euros ($620 million) in the first three months of the year, down from 588 million euros in the first quarter of 2019, the company said Wednesday. The year-earlier figure was lowered by a 1.4-billion euro charge stemming from a European Union anti-trust case.

Car sales fell 21% in the quarter as first China and then Europe and the United States saw dealerships closed during the outbreak.

Earnings were supported by a favorable product mix in which vehicles with higher profit margins predominated. It said sales this year would be substantially below last year's and that a quick recovery “is unlikely" as the situation would only begin to stabilize in the third quarter.

The company said it expected profit margins of 0%-3% for the full year, cut from an earlier outlook of 2%-4%.