Through this association, Omega Seiki Mobility aims to lay specific focus on the key target cities that it will be making a foray into as a part of their future EV expansion plans.
By :
| Updated on: 07 Dec 2020, 02:50 PM 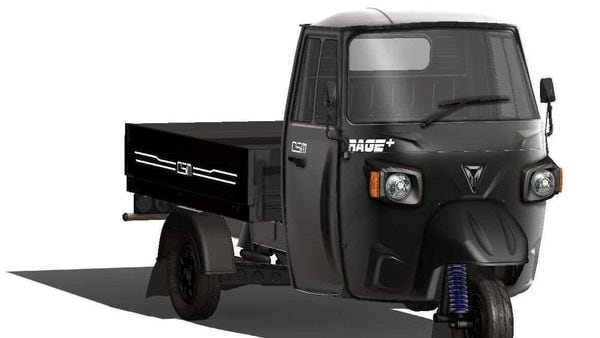 Omega Seiki Mobility on Monday announced a partnership with CK Motors for sales and services of its entire electric three-wheeler range in South India.

The partnership will cover Tamil Nadu, Karnataka, Kerala and Union Territory of Puducherry, the company said in a statement.

Through this association, Omega Seiki Mobility aims to lay specific focus on the key target cities they will be making a foray into as a part of their future EV expansion plans, it added.

CK Motors plans to open more dealerships and expand network in the southern states by the end of 2022.

Commenting on the partnership, Omega Seiki Mobility Chairman Uday Narang said the company has expanded exponentially and witnessed an overwhelming response across the country.

"The markets from the different parts are eager to witness the advancement of the Indian vehicle in terms of EV space," he added.

"We consider their initiatives toward Atmanirbhar Bharat and we are pleased to support them in such a prolific mission. Following the same principles, we at CK Motors support the 'Make in India' initiative, and connect with emerging EV players in the country," Chandrasekhar C added.

Omega Seiki Mobility said it first launched its dealership in India with OHM Automotive in Telangana and plans to further strengthen its footprints in the country by opening dealerships in Visakhapatnam and Vijayawada by 2021.