Ola to introduce e-scooter by January next year: Sources

Ola's e-scooter is expected to be priced competitively against the current petrol scooters, as the company looks to tap into a majority of the 20 million units-two wheeler market in India, as per sources.
By :
| Updated on: 19 Nov 2020, 06:43 PM 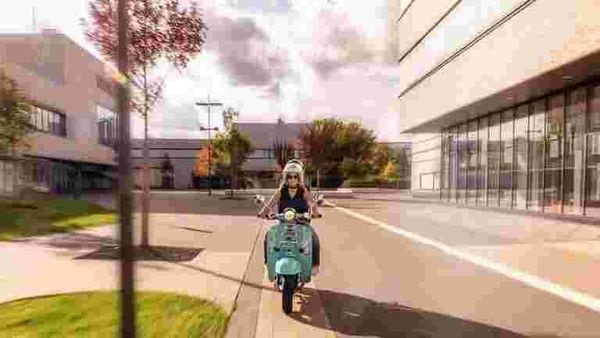 A majority of electric vehicles sold in India over the past few years have been e-scooters. (Representational image)

Ride-hailing major Ola is foraying into electric scooter manufacturing and plans to hit the market with its first vehicle in January next year, sources said.

The electric scooter, initially manufactured at a facility in the Netherlands, will be sold in India as well as Europe, the sources close to the development said.

Ola did not respond to emailed queries.

In May this year, Ola Electric announced the acquisition of Amsterdam-based Etergo BV for an undisclosed amount. At that time, the firm had said it aimed to launch electric two-wheeler in India in 2021, and that the acquisition of Etergo further bolstered its engineering and design capabilities.

The sources said Ola Electric, EV arm of the ride-hailing company, plans to launch e-scooter simultaneously across India and several European markets by January next year.

The e-scooter is expected to be priced competitively against the current petrol scooters, as the company is looking at tapping into a majority of the 20 million units-two wheeler market in India, they added.

One of the sources said Ola is looking at sales of a million e-scooters in the first year.

The person added that while the initial batches of vehicles will come from the manufacturing facility in the Netherlands, Ola Electric is looking at setting up a facility in India to meet the local demand more efficiently and participate in the government's Atmanirbhar Bharat vision.

Ola is said to be in talks with various state governments to set up India's largest e-scooter manufacturing plant with an annual capacity of about 2 million units.

Founded in 2014, Etergo has developed an all-electric 'AppScooter' that uses swappable high energy density batteries to deliver a range of up to 240 km.

The move to offer e-scooters will pitch the SoftBank-backed company against players like Bajaj Auto, Hero MotoCorp-backed Ather Energy, Hero Electric and others that currently make electric two-wheelers in the country.