Nobel prize winner Akira Yoshino stated that electric vehicles that allow power grids to tap their batteries when not in use can lead to more addition of green energy.The vehicle-to-grid system that is a two-way flow of electricity is a better option to store renewable energy.
By : HT Auto Desk
| Updated on: 13 Dec 2021, 04:58 PM 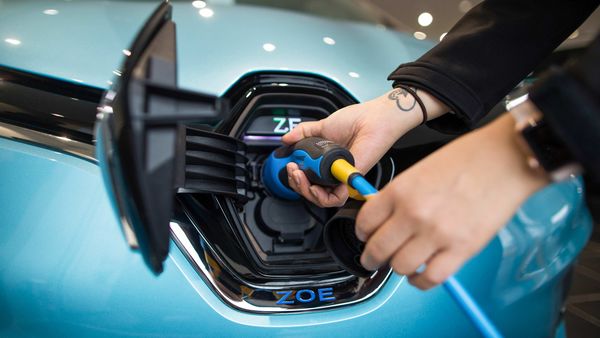 Nobel prize-winning developer of lithium-ion technology Akira Yoshino shared that electric vehicles that allow power grids to tap their batteries when parked will be a key measure to add more clean energy for nations like Japan. The increasing adoption of battery-powered vehicles and development of the vehicle-to-grid system that allows a two-way flow of electricity has the potential to become a better option to store renewable energy compared to dedicated battery facilities said the Japanese chemist in an interview. Yoshino was awarded the Nobel Prize in Chemistry in 2019 together with two others for work on the development of the modern lithium-ion battery.

Japan has been facing criticism for its slow transition away from conventional fuels as the country face space constraints for solar power, onshore wind farms and battery storage hubs. The country is aiming to bring down the emission of its greenhouse gases by 46 per cent from 2013 levels by 2030. Adding that one can use an electric vehicle as a power storage system while it is not in use Yoshino also stated, “While power storage systems will be definitely needed to spread renewable energy, it’s not cost-effective to create a new storage system for that purpose."

Japan is among the countries that are testing out the abilities of the technology. More than half of the present global pilots involve Nissan Motor Corp.'s Leaf cars which are among the few models that offer two-way charging techniques. As the global fleet of passenger and commercial EVs touched 10 million last year and it is being expected that by 2040, the numbers are going to touch 550 million according to BloombergNEF, this will create a massive opportunity to finesse the V2G technology.

The 73-year-old Nobel laureate stated that if electric vehicles are widely adopted, Japan will surely move in that direction. “Japan should be able to tap a meaningful amount of power storage capacity when the country’s EV fleet reaches 5 million," he added. However, the country is lagging behind with its electrification plans compared to other nations and data said that the annual sales of EVs will not exceed two lakhs before 2025.