The study concluded that the faster the EV batteries are charged, the more atomically disordered its anodes may become.This prevents the lithium-ions from being able to move back and forth, thus degrading battery performance.
By : HT Auto Desk
| Updated on: 05 Dec 2021, 12:52 PM 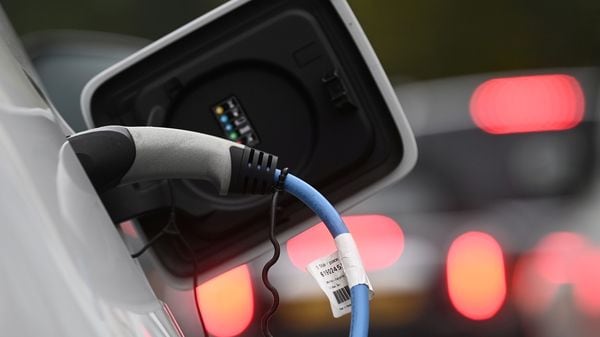 The performance of fast-charged lithium-ion EV batteries can degrade in long-run, as per a study conducted by the US Department of Energy's (DOE) Argonne National Laboratory. Scientists at the research centre have studied chemical behaviour of one of the battery's two terminals while the battery is charged and discharged.

The study, published in the 'The Electrochemical Society Journal', states that lithium-ion batteries contain both a positively charged cathode and a negatively charged anode. Both these cathodes are separated by a material called an electrolyte that moves lithium ions between them. The anode in these batteries is typically made from graphite, which is assembled out of small particles.

(Also read | Work on EV fast chargers underway, will be available by end of 2022: Minister)

Inside these particles, the lithium ions can insert themselves in a process called intercalation. When intercalation happens properly, the battery can successfully charge and discharge. However, when a battery is charged too quickly, the intercalation doesn't happen smoothly. The lithium ions tend to aggregate on top of the anode's surface, resulting in a "plating" effect that can cause terminal damage to a battery. "Plating is one of the main causes of impaired battery performance during fast charging," said Argonne battery scientist Daniel Abraham.

He added that as the battery was charged quickly, apart from the plating on the anode surface, there was also a build-up of reaction products inside the electrode pores. Due to this, the anode itself undergoes some degree of irreversible expansion, in turn hampering the battery performance.

The study concluded that the faster EV batteries are charged, the more atomically disordered the anode may become, preventing the lithium-ions from being able to move back and forth. "The key is to find ways to either prevent this loss of organization or to somehow modify the graphite particles so that the lithium ions can intercalate more efficiently," Abraham concluded.