Nitin Gadkari has been trying to push ethanol as the alternative fuel to cut cost of oil imports.Petrol and diesel prices have shot through the roof in the past 6 weeks, rising by more than ₹6 per litre in India.
By : HT Auto Desk
| Updated on: 17 Jun 2021, 08:44 AM 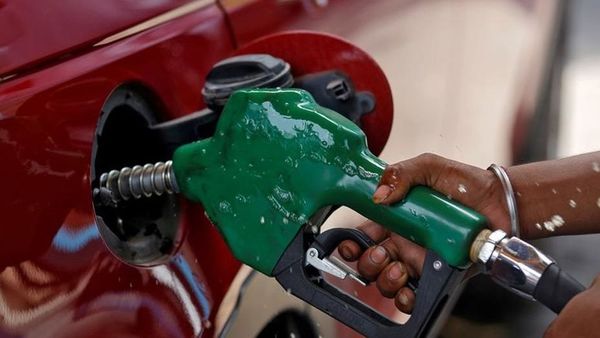 Nitin Gadkari has been trying to push ethanol as the alternative fuel to cut cost of oil imports. (File photo)

Amid rising prices of petrol and diesel in the country, Union Minister Nitin Gadkari wants India to increase the production of ethanol as the alternative fuel. His remarks came a week after Prime Minister Narendra Modi said that target for mixing 20 per cent ethanol in petrol has been brought forward from 2030 to 2025.

Gadkari, while addressing a conference organised by BRICS Network University, said that carmakers in countries like Brazil, Canada and the US are producing flex-fuel engines which allow customers to use 100 per cent petrol or 100 per cent bio-ethanol.

Emphasising how cost-effective is ethanol as an alternative fuel to run vehicles, Gadkari said, "As far as caloric value of ethanol is concerned, the 750 ml of petrol or 800 ml is equal to 1 litre of ethanol, still there is ₹20 saving per litre. And it is an import substitute and cost effective, pollution free and indigenous."

Gadkari said that ethanol will cost around ₹60-62 per litre. "Now Indian production (of ethanol) we are going to increase because of the rise in petrol price, people are facing a lot of problems," he added.

Petrol and diesel prices have shot through the roof in the past 6 weeks, rising by more than ₹6 per litre in India. Petrol prices in some parts of the country, including Mumbai and Hyderabad, have crossed ₹100 per litre already. Even diesel price has breached the triple figure mark in Sri Ganganagar in Rajasthan.

Gadkari also allayed any performance anxiety for customers running their vehicles on alternative fuel like ethanol. He pointed out that all over the world ethanol is used as fuel for all the racing cars.

Gadkari said ethanol could be India's answer to reduce costly oil imports to meet domestic demands and negate rising fossil fuel prices. According to Gadkari, India's oil imports will double in the next 4-5 years which would have a huge impact on the economy. Currently India imports ₹8 lakh crores of crude oil.