Flex-fuel or flexible fuel is an alternative fuel that is developed by combining conventional fuels and methanol or ethanol.
By : HT Auto Desk
| Updated on: 13 Oct 2021, 12:58 PM 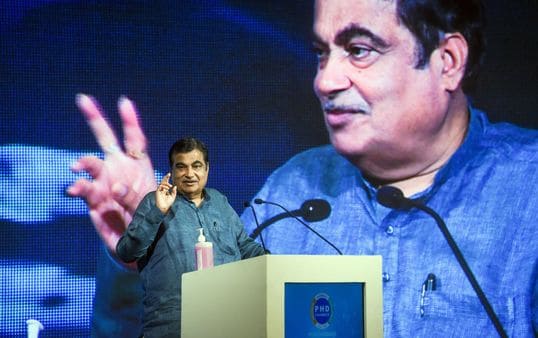 Union Road Transport and Highways Minister Nitin Gadkari has once again highlighted the potential benefits of using ethanol in the transport sector and has outlined that the government will procure all ethanol which is produced in the country.

Gadkari, speaking at a webinar on alternative fuel organized by industry body ISMA, stated that the rise in supply of ethanol will match with the introduction of flex-fuel engine vehicles and this could ensure a rise in demand for ethanol by at least four times. He further added that the government is giving export subsidy of around ₹3,000 to ₹6,000 crore to sugar mills for  liquidating surplus sugar stocks. "The Government of India is seriously working to increase the use of ethanol in the transport sector. Currently, the ethanol economy is ₹20,000 crores, which I am targeting to take to ₹2 lakh crores," he said, adding that the government has also calculated that to achieve 20 per cent ethanol blending, the country will require around 10 billion litres of ethanol by 2025.

Flex-fuel or flexible fuel is an alternative fuel that is developed by combining conventional fuels and methanol or ethanol. Countries like the United States, Brazil and Canada, according to Gadkari, already have auto manufacturers making such engines.

Apart from employment opportunities by promoting ethanol, the flex-fuel engines could potentially also reduce India's dependence on crude from international markets. At present, India imports 70% of its oil requirements and the international crude prices have a big impact on the prices of fuels like petrol and diesel here. The fuel rates are currently at record high levels.