Nitin Gadkari said that with ethanol beginning to be easily available in the country and over 70 per cent of petrol consumption being done by two-wheelers, there is a need to develop indigenous technology for flex fuel vehicles.
By : HT Auto Desk
| Updated on: 03 Mar 2021, 11:33 AM 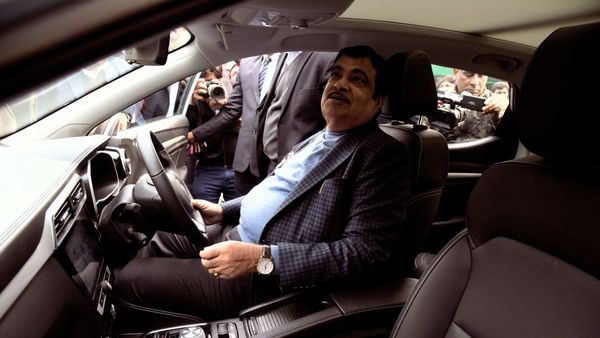 Nitin Gadkari, Minister for Road, Transport and Highways, has once again renewed his push for alternative fuel at a time when petrol and diesel prices are soaring across the country. In one of his efforts to bring down costs of fuel imports, Gadkari now wants carmakers to help him reduce dependency on petrol and diesel.

The Ministry for Road, Transport and Highways released a statement on Tuesday, saying that Gadkari seeks carmakers to build flex-engine vehicles so that they can use alternative fuel like ethanol.

Nitin Gadkari was speaking to a delegation from Society of India Automobile Manufacturers (SIAM) where he pitched this idea. "Gadkari has urged car manufacturers to give priority to the indigenous production of flex engines, which can be used in vehicles using alternative fuels such as ethanol," the statement read.

Gadkari said there is a need to develop indigenous technology for flex fuel vehicles. According to the Minister, over 70 per cent of petrol consumption being done by two-wheelers in India. He said, since ethanol is available a lot easily these days, flex fuel vehicles could help the Centre reduce cost of oil imports and also bring down prices.

During his meeting with the SIAM delegation, Gadkari also discussed about the upcoming BS 6 Cafe Phase-II regulations. He agreed to a proposal made SIAM to postpone the dates of its implementation. The statement issued by the ministry read, "Discussions were also held regarding the request by SIAM to postpone implementation of BS 6 Cafe Phase-II regulations to April 1, 2024, on the grounds that the industry is still recovering from the impact of Covid-19, and slow consumer demand."

Gadkari has also sought the financial implications of going ahead with BS 6 Cafe Phase II standards, before a final decision on the demand to postpone its implementation.

However, Gadkari made it clear that there should be no compromise on quality of vehicles in the endeavour to bring out less polluting vehicles. He insisted that carmakers should maintain the same quality standards they use while exporting vehicles abroad.