Nissan shuts factories in this country to plug plunging loses 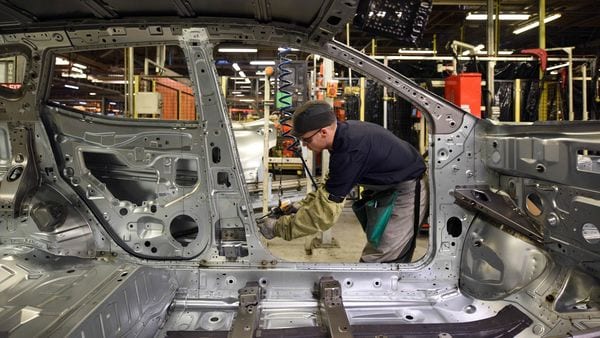 Nissan Motor Co. will end vehicle manufacturing at its plant in Indonesia as the struggling Japanese company tries to improve profitability.

“The end of vehicle production is part of an optimization plan that includes rightsizing, production optimization and reorganizing of business operations," Isao Sekiguchi, president of PT Nissan Motor Indonesia, said in an emailed statement Wednesday.

Chief Executive Officer Makoto Uchida has warned that deeper cuts probably are necessary to turn around the automaker, which has been in turmoil since the 2018 arrest of Carlos Ghosn, its former chairman. Profits are at decade lows, and more than 12,500 jobs will be eliminated. A plan to revamp the business is due in May, and the future of the Indonesia operations long was in question.

“Nissan has been trying to shut its factory in Indonesia for quite some time," said Andrey Wijaya, an analyst at RHB Sekuritas Indonesia. “The impact on its sales in Indonesia should be minimal."

Nissan share rose as much as 6.1%, the most since July 2016. Kyodo News reported earlier on the exit, without identifying the source of information.

Also read: Nissan may pull out of venture fund with Renault in cost-cutting drive

Last month, Nissan reduced its full-year operating profit forecast to 85 billion yen ($794 million) from an earlier estimate of 150 billion yen as the carmaker faces declining sales in the U.S., Japan, Asia and Europe.

Nissan opened a second factory at Purwakarta, Indonesia, in 2014, for an investment of 33 billion yen. That boosted total production capacity to 260,000 units a year. The plant now produces three finished models — Datsun GO, Datsun GO+ and Datsun Cross — although production was halted in late January.

“Datsun sales have slumped in particular, and propping it up would take a lot of time and money," Koji Endo, an analyst at SBI Securities in Tokyo, said in an email. “But for Nissan, layoffs and cost cuts are more important right now, so there’s a high chance that the brand will disappear."

Mitsubishi Motors Corp., which is in a global carmaking alliance with Nissan, already has a strong presence in Southeast Asia. The two Japanese carmakers’ pact also includes Renault SA. Nissan owns about 34% of Mitsubishi after taking a stake in the company in 2016.

“We will continue to work with our Alliance partners on ensuring manufacturing footprint in Indonesia and further enhance the Nissan brand by bringing in new models," Sekiguchi said in the statement.