Nissan to pull out of venture fund with Renault in cost-cutting drive: sources

The move comes as Nissan faces a downturn in China, its biggest market, due to the impact of the coronavirus outbreak. China sales plunged 80% last month.
By : Reuters
| Updated on: 11 Mar 2020, 08:48 AM 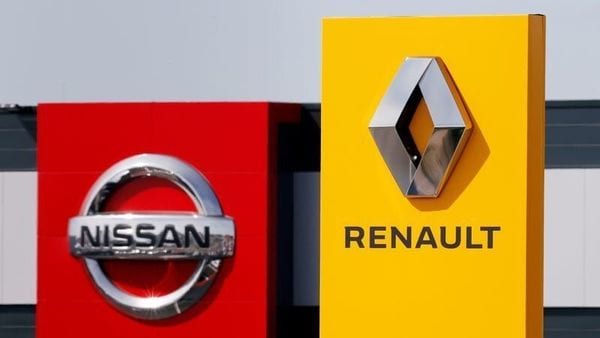 FILE PHOTO: The logos of car manufacturers Renault and Nissan are seen in front of dealerships of the companies in France.

Nissan Motor Co is likely to pull out from a venture capital fund it runs with alliance partners Renault SA and Mitsubishi Motors, as part of the Japanese automaker's drive to cut costs and conserve cash, two sources said.

Nissan will formally take a decision on whether to leave the fund, Alliance Ventures, by the end of this month, the two Nissan insiders told Reuters, declining to be identified because the information has not been made public.

The likely move comes after Nissan's junior partner, Mitsubishi Motors Corp, told an alliance meeting last week that it would no longer continue to inject money into the fund, one of the sources said.

The decision to leave the Amsterdam-based fund was all but a done deal, the other source said, adding: "Of course we're out. The house is on fire."

A Nissan spokeswoman said it was speculation and declined to comment. A Mitsubishi spokesman said no decision had been made.

The move comes as Nissan - which has seen its earnings slump - is now facing a downturn in China, its biggest market, due to the impact of the coronavirus outbreak. China sales plunged 80% last month.

It also highlights the extent of the automaker's cost-cutting under new CEO Makoto Uchida, who is under pressure for a quick turnaround.

Alliance Ventures is aimed at finding "learning opportunities" for the alliance through investing in startups, and is supposed get up to $200 million a year from the three alliance partners, although it never achieves that full amount, the first source said.

It was set up under former alliance head Carlos Ghosn, whose dramatic arrest in Japan culminated in an escape to his childhood home of Lebanon in December. Ghosn faces multiple charges in Japan, including of under-reporting earnings and misappropriation of company funds, all of which he denies.

According to its website, the fund was set up with a $200 million initial investment and aims for up to $1 billion by 2023. Portfolio companies include WeRide, a Chinese robo-taxi startup and Tekion Corp, a cloud-based retail platform for cars.

"It wasn't established by Ghosn as a way to make money. It was for those learning opportunities we get from investing in smart startups," the first source said.

"But given the tough financial situation we are facing, we are looking at investment return."