Nissan to discontinue Leaf EV; replace it with a modern version: Reports 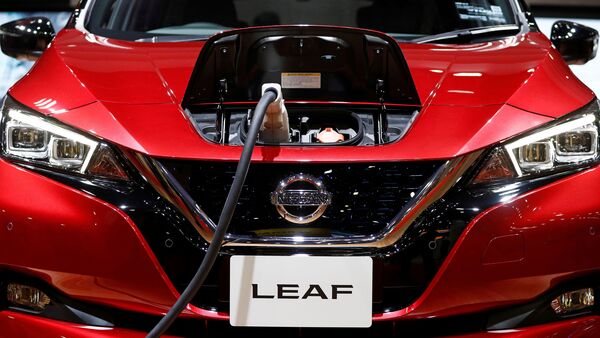 FILE PHOTO: A charging cable is attached to a Nissan Leaf electric car

Nissan Leaf EV was introduced in 2010 as the first affordable and mass-market battery-powered vehicle. Now, several reports have confirmed that the carmaker might discontinue the model and replace it with one that is ‘more tuned to the needs of the modern EV buyer’. However, at this point, it is not confirmed whether the vehicle will continue with the Leaf name or not.

Nissan feels the need to shift its focus to other EV models such as Ariya and though Leaf was a pioneering model, it was swiftly overtaken by several other offerings from other carmakers. When Tesla introduced its Model S with a groundbreaking range, the little Nissan with its 73 miles of range became an oddish-looking package.

The automaker has not yet confirmed the report but is clearly in the process of shifting its focus to other electric vehicles like the Ariya. Last year, it hinted that it is building a more SUV-shaped vehicle called the Chill-Out, and that it could see some form of production once the Leaf is gone.

The reports come as Leaf's performance continues to fall below Nissan's hopes as the sales figures for Leaf have come down to less than 175,000 units over its entire lifespan at this point. Last year, Nissan sold 14,239 units of Leaf, rebounding slightly from less than 10,000 units in 2020. Data for 2022 so far shows that about 7,500 new Leaf EVs have found a home in consumer garages.

In a separate development, last month, Nissan kept its decision to suspend production in Russia for the first half of the current fiscal that started on April 1. This move was stated by Nissan's Chief Executive Makoto Uchida at the automaker's annual general meeting. Earlier it had been reported that Nissan stopped exporting vehicles to Russia along with manufacturing following the former country's attack on Ukraine which led to logistics risks.