Nissan's drive is initially focused on North America and China, its biggest markets where digital sales are more advanced than elsewhere
By : Reuters
| Updated on: 09 Nov 2020, 07:59 AM 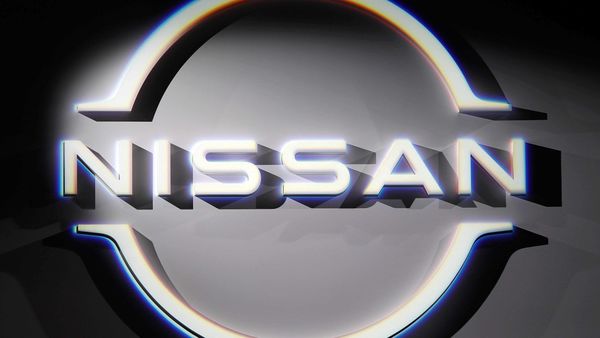 FILE PHOTO: The brand logo of Nissan Motor Corp. is displayed during a press preview of the company's new Ariya all-battery SUV, ahead of the world premiere, at Nissan Pavilion in Yokohama, south of Tokyo, Japan July 14, 2020. REUTERS/Issei Kato/File Photo GLOBAL BUSINESS WEEK AHEAD

As Covid-19 threw a wrench into the cogs of car retailing, a senior Nissan board member challenged the chief operating officer to explain what the automaker was doing to adapt to a new era where customers may be reluctant to roam showrooms.

The operating chief, Ashwani Gupta, told the board meeting in late July that Nissan was racing to create a "complete, end-to-end digital journey", according to three people familiar with the discussions.

He said this would allow consumers to research cars online, have models delivered to their homes for test drives and make purchase plans without ever having to visit a dealership, if they chose not to do so, the sources told Reuters.

The meeting offers an insight into how the pandemic is pressuring automakers in all major markets to revamp their strategies to handle more vehicle sales online, veering away from the traditional showroom approach.

The change is being driven by a shift in consumer behaviour.

The number of cars sold via Nissan's websites in China, Europe and North America combined accounted for 11% of the company's overall sales in those markets in the first half of this year, according to the sources, who declined to be named because they are not authorised to speak to reporters.

That compared with 4-5% in the same period last year, although digital volumes were not as closely monitored then, said one of the three people, a senior Nissan executive.

"I would say these new buying behaviours, which have come up during the Covid era, are going to stick and become permanent," the executive added. "The pandemic is changing the way we work, the way we communicate. The same is also true with buying cars."

Some of the details and data are expected to be shared during a news conference on Nov. 12 when Nissan announces results for its fiscal second quarter ended Sept 30. Japan's second-largest carmaker has warned of a record 470-billion-yen ($4.5 billion)loss this fiscal year ending March 2021.

A Nissan spokesman in Yokohama said there was strong demand for online shopping, which had become "irreversible with Covid-19" and the firm was addressing this in partnership with dealers.

"Nissan's 'Shop at Home' experience puts customers in control at every step of the journey: to choose to shop both online and at physical dealerships," he added.

The company's drive is initially focused on North America and China, its biggest markets where digital sales are more advanced than elsewhere, according to the sources.

In the United States, online customers can search for a specific car from the inventories of all Nissan stores in a given area, not just one store's stock.

In China, consumers can't do the same, but they are open to buying cars online; in the first nine months of this year, 17% of the roughly 758,000 new Nissan cars sold there were bought online, the sources said.

They are what Nissan defines as digitally-acquired buyers, who visit the company's main e-commerce sites — Chebaba in China and NissanUSA.com — and leave their contact information, and then complete purchases either completely or partially online.

Shifting more sales online is, however, a big challenge for the industry because it deviates markedly from the familiar showroom strategy, and could face resistance from franchise dealers, who have a symbiotic relationship with carmakers.

The stakes are especially high for Nissan, because it was struggling even before the pandemic struck and hammered auto sales. It was grappling with a host of financial woes that resulted from an aggressive expansion pursued by ousted leader Carlos Ghosn, and a consequent lack of new car models.

The digital drive is viewed by senior executives as being beneficial from a profitability angle because online sales allow the company to reduce operational waste in distributing and marketing cars, and improve data-gathering, two sources said.

For example, this summer Nissan opened a dedicated website for the new Ariya electric sport-utility vehicle, due to be launched globally next year.

In the first four days, 1.2 million people visited and Nissan learned, as customers gave their preferences, that the most popular features globally were a lounge-like interior and connected services, according to the senior Nissan executive.

In Europe the most favoured colour was a two-tone black and Akatsuki copper option, the person said.

According to the source, 56% of European visitors preferred the four-wheel-drive version and 18% the two-wheel-drive, while the rest were undecided or did not leave preferences. U.S. customers were more evenly split between the two drive options.

That data allowed Nissan to be more precise in ordering parts and systems for different regions to match demand, said the executive.

"Marketing for us is increasingly not dictated by gut feeling," the person added. "It's more data-driven and precise."

Among traditional automakers, mass-market players like Nissan, Toyota and Volkswagen are most advanced in China, with concrete initiatives to push online sales, he added.

"Volkswagen for example has trained their dealers to do live-streaming and they would even do a live-streaming of a test drive. A sales person would be driving a car and live-stream directly to you."

Another of the Nissan sources, who is close to the board, said the main purpose of the e-sales drive was to reduce the number of dealer visits an average customer makes to buy a car - to one or two, from several.

Zhang Weichen, a Beijing primary school physical education consultant, bought his first car this summer, a Nissan Sylphy sedan, without visiting a dealer until deep into the process.

By the time he visited the dealer, to view the actual model he chose and negotiate a final price, the 32-year-old had studied the car by test-driving a friend's Sylphy and using virtual-reality walkarounds available on Nissan's Chebaba, and picked up a purchase rebate coupon for the car on the site.

"We already buy all sorts of things online. It's the way we live," Zhang said. 'If I buy a car again to replace my Sylphy I would do so mostly online again."

One big question looms, though: Will dealers who have invested millions of dollars in their showrooms see Nissan's drive as a threat?

A board member put that to Gupta during the late July meeting, according to two of the people familiar with the discussions.

In response, Gupta said the new sales model was a hybrid closely coupled to physical dealers and was not an effort to cut franchise stores out or reduce their margins, the people said.

Gupta told the board Nissan needed dealers to deliver cars and provide maintenance and repair services – and that they represented a competitive edge over Tesla and other newcomers who were trying to sell cars directly to consumers without franchise stores, the sources added.

Several franchise store operators in China said in interviews with Reuters that most Nissan dealers were going along with the company's online drive.

"Under the pandemic, customers are very dependent on online channels, and so are dealers," said Yin Yufen, general manager of a big Nissan store in the southern city of Guangzhou.

She said about 30% of people who bought cars from her store came via online in recent months, versus 20% a year before.

"That's not a problem because we have a final say on price, so it doesn't really affect our profit margins and bonuses."

Another dealership executive, the head of a large chain, said selling new Nissan cars was such a tough proposition under current conditions that many dealers were happy to hand over more control of the process.

"Dealers don't want to unnecessarily take on more inventories from Nissan, because we're not making money," said the boss, who declined to be named due to the sensitivity of the subject.

"We don't care if Nissan takes more control of the selling process, as long as they give us kind of a fixed margin for service," he added.