Nissan Magnite is likely to be extremely well priced and may start at under ₹6 lakh.Magnite has a turbo petrol engine on offer and will come with an acclaimed XTronic CVT.An optional Tech Pack will be revealed at the launch.
By : HT Auto Desk
| Updated on: 02 Dec 2020, 06:56 AM

Nissan Magnite isn't the flashiest sub-compact SUVs around but does benefit from eye-catching visuals. (HT Photo)

Nissan Magnite has been lurking in the shadows for some time now but the latest from the Japanese car maker is all set to grab the spotlight as the calendar year draws to a close as yet another - potentially capable - sub-compact SUV in the Indian car market. This segment has seen a whole lot of movement in recent years with 2020 providing quite a stir with the launch of Kia Sonet and Toyota Urban Cruiser. Magnite, however, is looking at mounting a massive challenge to both of these options as well as the traditional giants like Maruti Suzuki Vitara Brezza, Hyundai Venue, Tata Nexon and Mahindra KUV300.

It is a field of play littered with options galore. From stylish looks to feature-packed cabin, from safety highlights to engine and transmission options aplenty - the sub-compact SUV space is both lucrative and closely fought. To enter this arena then is both compelling and a challenge. Nissan is backing itself and the Magnite to come good on both counts.

Magnite has been designed and engineered with Indian car market in prime focus. Little wonder then that the car is being launched here before anywhere else.

To be offered in two petrol engine options - a 1.0-litre and a 1.0-litre turbo, Magnite is making big and bold claims of offering a stylish package with the performance to back it all up with. The addition of the acclaimed XTronic CVT transmission option is likely to garner the most attention.

Magnite is also looking at its spacious cabin to connect with prospective buyers while Nissan will offer an optional Tech Pack at launch - at an additional cost - which would bring in features like ambient lighting, air purifier, puddle light and wireless phone charging. 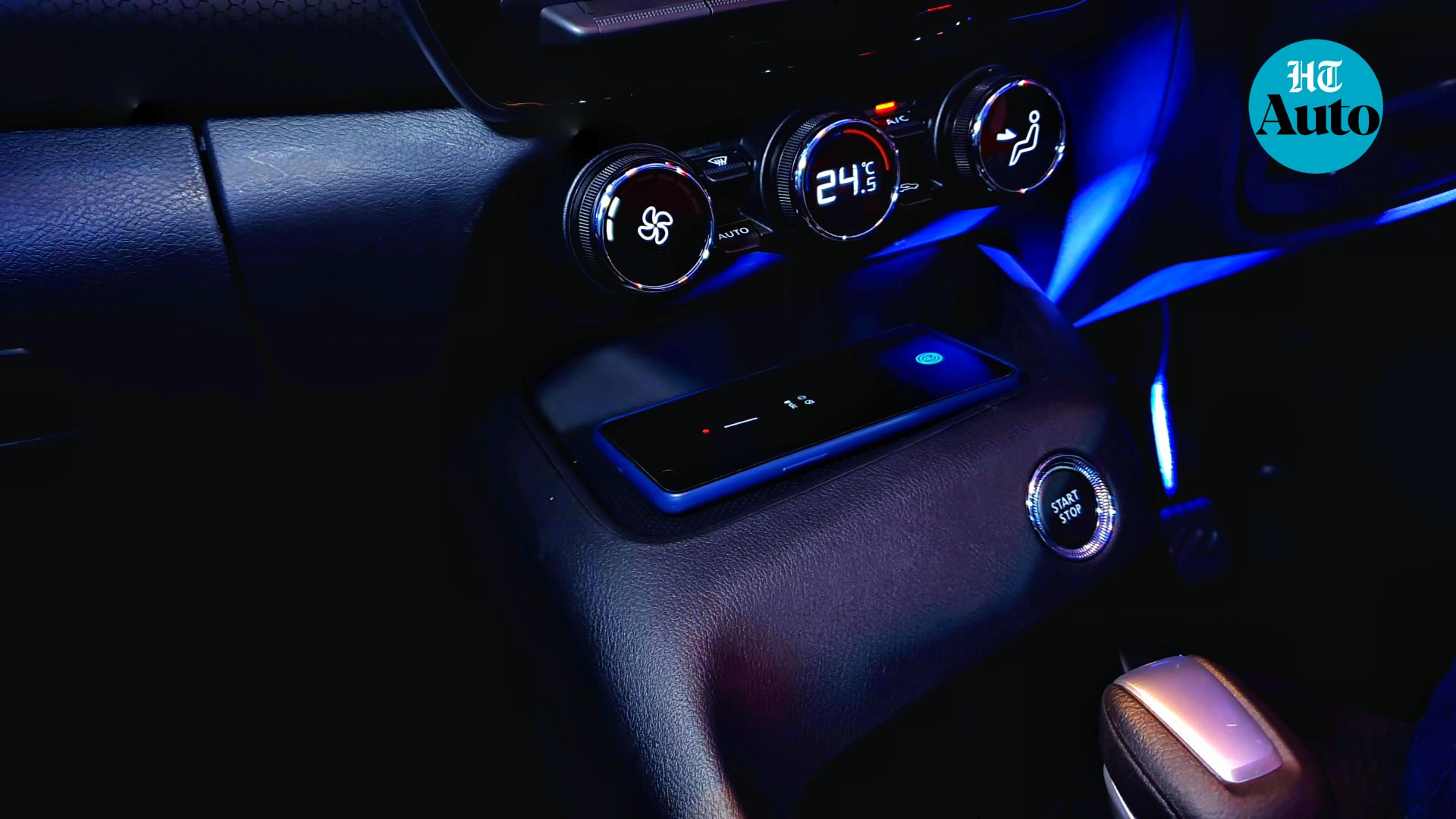 Magnite gets a large storage section for phones. An optional Tech pack at launch will include support for wireless charging. (HT Auto/Sabyasachi Dasgupta)

The biggest ace up Magnite's sleeve, however, is likely to be how it is priced. According to leaked documents, the latest from Nissan is expected to start at ₹5.50 lakh and go on to ₹9 lakh (all prices are ex showroom) for the top variant. This clearly shows, if true, that Magnite will undercut most of its rivals.

The primary concern, however, is how well and quickly Nissan is able to expand its sales and post-sales network. Company officials say that apart from the new product itself, the network expansion is priority and if Nissan is able to bolster itself in this regard, the Magnite could well and truly be a powerplayer in its seg