Along with minor exterior updates, the interior of the updated BMW 3 Series sedan is also expected to get some changes.
By : HT Auto Desk
| Updated on: 17 May 2022, 09:44 AM 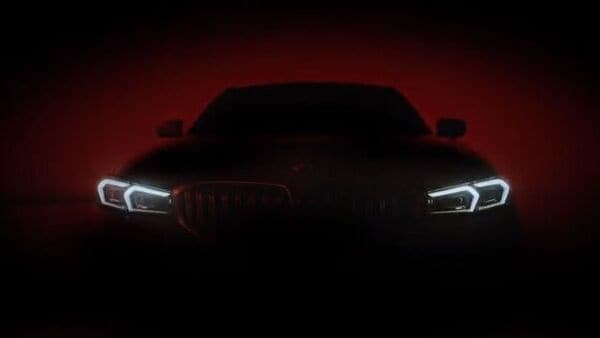 BMW has teased the upcoming facelifted 3 Series sedan on its social media handle. The teaser showed a shadowed front face of the sedan while revealing the pentagonal shape of its headlights. While the teaser falls short of offering any more information about the upcoming sedan, it is said that the car has already been seen in its entirety when BMW debuted the new i3 sedan for China at the end of March as the EV is believed to preview the updated 3 Series, Motor 1 reported.

The recent spy photos of the updated BMW 3 Series showed it with modest camouflage, hiding details on the front and back. And if the China-spec i3 is something to go by, the primary change is focused on the headlights that lose their notch at the bottom. The teaser too shows that there is no break in the outlining daytime LEDs.

Going by the China-spec model, the front fascia of the updated BMW 3 Series sedan should be smoother without notch-associated body lines. Changes at the rear are likely relegated to minor differences with taillight and fascia designs.

Along with the minor exterior updates, the interior of the updated sedan is also expected to get some changes. Though the interior look of the new BMW i3 from China is not available, the spy photos point to some significant upgrades. The latest from BMW is expected to get a big curved display similar to the iX that will necessitate changes to features such as the climate control vents. Spy shots also suggest that a new steering will be featured in the vehicle.

The updated BMW 3 Series sedan is also expected to come with significant software upgrades. The sedan is gearing up for an official debut soon, within a few weeks or even days.