A Boeing 777 has an average cruise speed of 900 kmph. A Ford Focus car in Italy comes close, at least according to a faulty speed camera and officials issuing speed tickets.A local official reportedly asked the motorist to accept the penalty, pay the fine and then file for appeal.
By : HT Auto Desk
| Updated on: 09 Jul 2020, 12:38 PM 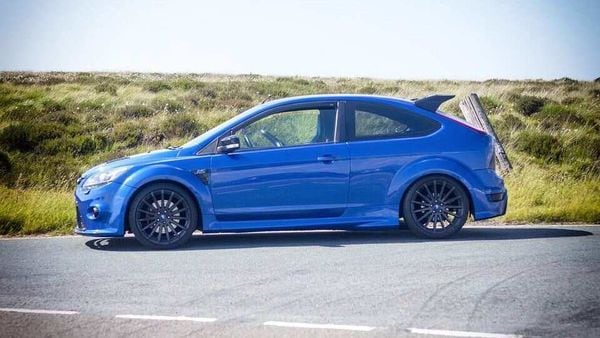 Traffic enforcement officials in Italy's Offagna commune may have a heightened sense of appreciation for speed capabilities of a Ford Focus. (File photo used for representational purpose)

Ever heard of a car that could be quicker than a commercial plane? Neither had an Italian motorist who was recently slapped with a speeding ticket for apparently racing his Ford Focus at road-burning 703 kmph. Quite obviously, it was a glitch in the speed camera but netizens are now even questioning traffic enforcement officials for not noticing the faux pas.

Local media in Italy reported that a motorist in his Ford Focus received the speeding ticket with a penalty of 850 euros (approximately ₹72,000) after the vehicle was caught on speed cam at 703 kmph. The speed limit on that stretch of road in the country's Offagna commune was 70 kmph. It is not clear if the motorists was actually above the 70 kmph mark but - and with utmost certainty, was not remotely close to the 700 kmph speeds. That he was in a Ford Focus which has a 2.3-liter EcoBoost four-cylinder engine further paints the irony.

The most capable sportscars and hypercars - like Bugattis - in the world have touched top speeds of around 470 to 480 kmph on race tracks. For local cops though, if this Ford car was caught on speed cam, it may well have been shredding speed records and previous automotive engineering feats to shreds.

There is little doubt that the speeding ticket would have eventually embarrassed authorities but strangely enough, a spokesperson for the local highway committee reportedly asked the Ford motorist to accept and pay the penalty and then file for compensation. This has invited even more ire of netizens who insist that the faulty speed cam needs a fix as do some of the officials responsible for issuing the ticket.