Morgan Stanley analyst Adam Jonas cited price cuts across Tesla’s model range in China and the US as the reason for downgrading Tesla.An even greater threat to the EV maker’s valuation, meanwhile, is a simmering trade row between Washington and Beijing.
By : Bloomberg
| Updated on: 12 Jun 2020, 17:06 PM 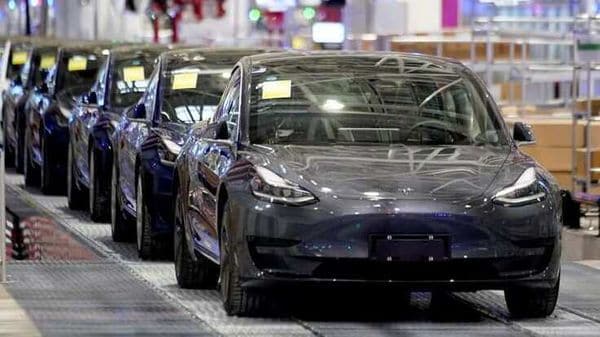 FILE PHOTO: Tesla China-made Model 3 vehicles are seen during a delivery event at its factory in Shanghai, China January 7, 2020.

Analyst Adam Jonas cited price cuts across Tesla’s model range in China and the US, suggesting light vehicle markets aren’t coming out of the coronavirus pandemic as strong as before. An even greater threat to the Palo Alto, California-based firm’s valuation, meanwhile, is a simmering trade row between Washington and Beijing.

“Among the many risks facing Tesla at this time, we would rank risks related to US-China relations at the very top," Jonas wrote in a note to clients. The bank warned last month that strained ties between the world’s largest economies could limit gains for Tesla shares, with China seen accounting for almost 30% of the company’s volume this year versus about 13% in 2019.

Jonas is the second analyst to downgrade Tesla after it topped $1,000. Goldman Sachs cut the stock to neutral from buy after the market closed Thursday, with analyst Mark Delaney citing price cuts and production challenges. Still, the stock rose 0.9% to $981.07 at 6:05 a.m. New York time Friday in US pre-market trading. 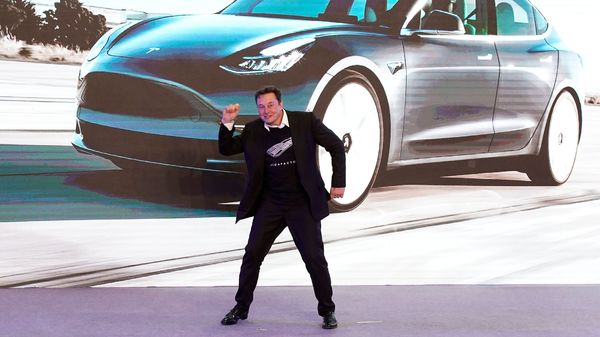 Tesla Chief Executive Elon Musk weighed in on the valuation debate this week, tweeting the phrase “stonks,” an internet meme that’s often used to refer to the irony or absurdity of equity markets. (REUTERS)

Demand in China and the lifting of coronavirus lockdowns in the US and elsewhere have been cited as catalysts for the latest jump in Tesla’s stock. After closing above $1,000 a share Wednesday, the shares retreated back below that level Thursday to $972.84. Morgan Stanley’s $650 price target, trimmed from $680, suggests about 33% downside.

Tesla Chief Executive Elon Musk weighed in on the valuation debate this week, tweeting the phrase “stonks," an internet meme that’s often used to refer to the irony or absurdity of equity markets.

Morgan Stanley also highlighted Amazon.com Inc.’s reported interest in autonomous vehicle maker Zoox Inc. as an indication that the world’s largest technology firms should be seen as competitors rather than partners.

“Many investors we speak with describe Tesla as the ‘Amazon of Autos.’ But we’re asking: What if Amazon is the Amazon of Autos?," Jonas wrote.

The Morgan Stanley analyst said that among the risks to his latest call on Tesla, he may be underestimating the company’s longer-term China growth prospects. Separately, revenue from the company’s “internet of cars" network could drive better-than-expected margins, he added.