MG Motor already invested ₹3,000 crores in the factory.MG Motor is expecting its sales to grow by 100 percent compared to last year despite the worsening chip crisis.
By : HT Auto Desk
| Updated on: 23 Aug 2021, 09:20 AM 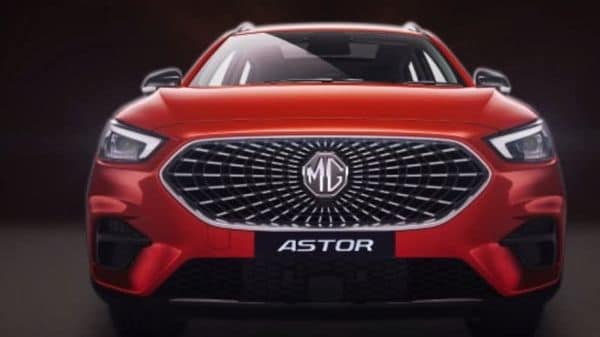 MG Astor is the upcoming SUV from the brand.

MG Motor India has plans of investing ₹2,500 crore by the end of next year to increase the production capacity at its Halol plant located in Gujarat, a top company official told news agency PTI. Currently, MG Motor is also gearing up to launch its mid-size SUV MG Astor. MG Motor is also expecting its sales to scale up by 100 percent compared to last year despite the worsening global semiconductor shortage that is going to continue for another six months.

MG Motor India president and managing director Rajeev Chaba informed that the company has already invested ₹3,000 crores. “We have done an investment of ₹3,000 crore already, and by the end of next year, we will do another ₹2,500 crore. We will reach a total of ₹5,500 crore," he said.

This investment will push the capacity of the company as it is preparing to bring new models in the market. However, Chaba mentioned that the shortage of materials supply, especially that of semiconductors, has constrained production at present. “Hopefully by quarter one next year, depending on materials supplies, we will start producing 7,000 units a month," he said, adding the company's current capacity is around 4,500 units a month.

MG Motor India, in 2018, had declared investment plans of ₹5,000 crores for five to six years for its Halol plant to increase its annual production capacity of 80,000 to 1 lakh units in the first phase and then take it up to over 2 lakh units in the second phase. The MD also informed that had it not been for the constraints in the supply chain, the company could have produced up to 5,000 units a month. “When we add Aster to it (the product portfolio), we will (have to) increase the capacity," he added in the report.

Commenting on the semiconductor shortage issue, Chaba stressed that the situation has gone from bad to worse and due to the pandemic, there has been a spike in demand for semiconductors from almost every industry, however, the automotive industry accounts for only 10 percent of it.