Mercedes has flanked its all-electric EQC SUV with a plug-in minivan dubbed EQV and plans to start output of the compact EQA hatchback later this year.The new S-Class will get a fully-electric sibling dubbed EQS next year, which will be based on the company’s first dedicated electric-car platform.
By :
| Updated on: 06 Oct 2020, 05:25 PM 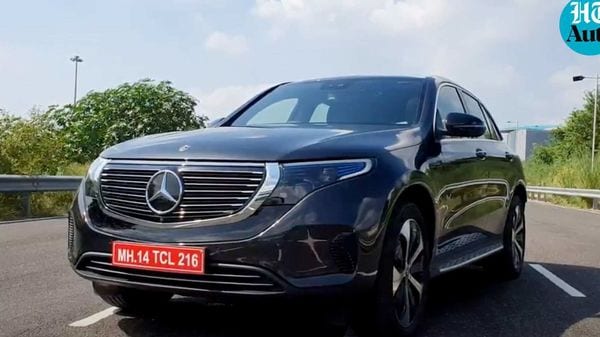 Mercedes-Benz EQC will be the first EV to launch in India from the German giants. (Photo - Sabyasachi Dasgupta)

Mercedes-Benz, which has fixated for years on leading the auto industry in luxury-vehicle sales, will rethink its ambitions and restructure operations to be more profitable in the midst of a costly shift to electric cars.

Daimler AG’s main division will aim for a return on sales in the mid to high single-digit range by 2025, even if market conditions are unfavorable. Its ambition will be to earn a double-digit profit margin if the environment is strong.

“We have not yet lived up to our full potential in terms of turning volume success into profit growth," Chief Executive Officer Ola Kallenius said in a statement ahead of Daimler’s capital markets day. “We will invest where we can win, grow more intelligently, and reshape our industrial footprint."

Investor confidence in Daimler gradually improved in recent months after the German manufacturer navigated the unprecedented industry slump triggered by Covid-19 better than feared. But electric-car leader Tesla Inc. zoomed past all traditional manufacturers to become the world’s most valuable automaker while Daimler and others wrestle with revamping their legacy operations.

Daimler has 13 buy ratings among analysts surveyed by Bloomberg, followed by 11 holds and seven recommendations to sell the stock. The stock slipped 3.1% this year through the close of trading Monday, outperforming larger German peer Volkswagen AG and arch rival BMW AG.

Mercedes has flanked its all-electric EQC SUV with a plug-in minivan dubbed EQV. It plans to start output of the compact EQA hatchback later this year and rolled out a fresh version of its flagship S-Class last month. The sedan will get a fully-electric sibling dubbed EQS next year, which will be based on the company’s first dedicated electric-car platform.

Profits from large luxury cars will be key to financing restructuring costs aimed at making Mercedes more efficient. The brand has outsold luxury-car rivals for years, but returns have slumped below the level of mass-market peers such as PSA Group.