McLaren optimistic on prospects for its luxury sportscar maker: Chairman

McLaren's third-quarter results published in November showed group revenues up 60% on the previous quarter but down 61% on the corresponding period of last year.
By : Reuters
| Updated on: 14 Dec 2020, 09:37 AM 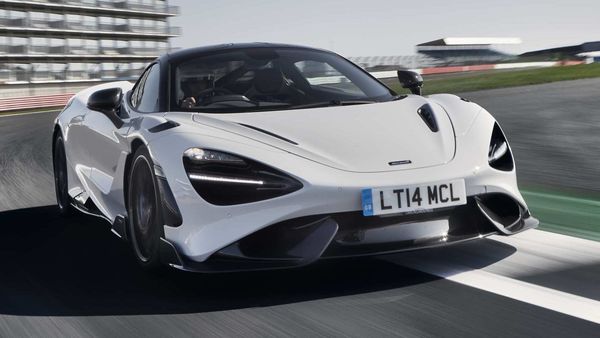 The McLaren Group is optimistic about the prospects for its luxury sportscar maker after the Covid-19 pandemic dealt a big hit to revenues this year, executive chairman Paul Walsh said on Sunday.

McLaren's third-quarter results published in November showed group revenues up 60% on the previous quarter but down 61% on the corresponding period of last year.

"The way to look at McLaren is that we have a highly profitable cash-flow positive automotive business," Walsh told reporters on a video call after McLaren Racing announced US-based MSP Sports Capital was taking a significant minority shareholding in the F1 team.

"Yes, we have had temporary setbacks as all companies did during the pandemic, but already we're starting to see a revival in demand.

"That's probably been led by activity in Asia, but I see that coming through to Europe and then progressively the US so we're optimistic around our prospects for Automotive.

McLaren Group, which includes Automotive and Racing divisions as well as an applied technologies unit, is majority-owned by Bahrain's sovereign wealth fund Mumtalakat.

"What we have now done is fundamentally ring-fence Racing. So the cash requirements of the next two to three years, McLaren Group does not have to worry about. That's in essence what this transaction does for us," Walsh said.

Plans to sell and lease back McLaren's global headquarters in Woking remained unaffected by Sunday's announcement, he said.

"We will have to refinance our debt... I don't like a lot of debt, so if we can get a very efficient piece of capital put in place through the sale and leaseback with our long-term commitment to stay there, why wouldn't we do that?," he said.