Maruti Suzuki reported total sales of 86,380 units last month of which 66,415 units were sold in the domestic market.Shortage of key electronic components is likely to have a deep impact even moving forward.
By : HT Auto Desk
| Updated on: 01 Oct 2021, 11:57 AM 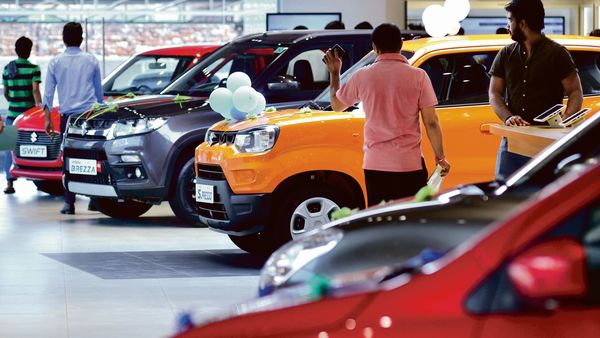 Maruti Suzuki may well want to forget the last month as sales and exports both took a fall in September. While the decline in figures does not come as a surprise because Maruti Suzuki had already announced production cuts owing to shortage of electronic components, the concern for the country's largest car maker is that even the road ahead remains fraught with similar challenges.

Maruti Suzuki reported total sales of 86,380 units last month of which 66,415 units were sold in the domestic market. The export figure stood at 17,565 units while the rest of the numbers were made up by sale to other OEM.

While the mini and compact sub segments are Maruti Suzuki's strongest areas of play, both registered a big decline. Just 14,936 units of Alto and S-Presso were sold, down from 27,246 in September of 2020. The fall in the compact sub-segment was even more drastic and the company sold 20,891 units, down from over 84,000 in the same month of last year. This sub-segment has several best-sellers of the Indian auto industry like WagonR and Swift.

While most auto companies report demand to be on an upswing, powered by festive cheer, many also point out to the global shortage in semiconductor chip as a crippling factor. A power player in the Indian automotive landscape, Maruti Suzuki may well be feeling the brunt of it more than others. The company has already reported that it expects production hits to persist in October.

What and why of global semiconductor shortage:

Semiconductor chip is crucial and has a wide-ranging application area - from earphones to personal computers, from mobile phones to modern-day vehicles. Acting much like the brain of any modern-day device, these control all, or at least most, of the major functions of the said item.

The shortage was first felt around the start of 2020, around when the Covid-19 pandemic began to emerge as a mammoth threat. A sudden rise in demand for personal devices during stay-at-home orders prompted a consequent rise in demand for semiconductor chip. Of course, factory closures - temporary as these may have been - hardly helped matters.