Maruti Suzuki has been backing CNG technology and many of its cars factory-fitted with the kits have found favour among buyers. Vitara Brezza may be the next to offer CNG.
By : HT Auto Desk
| Updated on: 11 Aug 2021, 11:01 AM 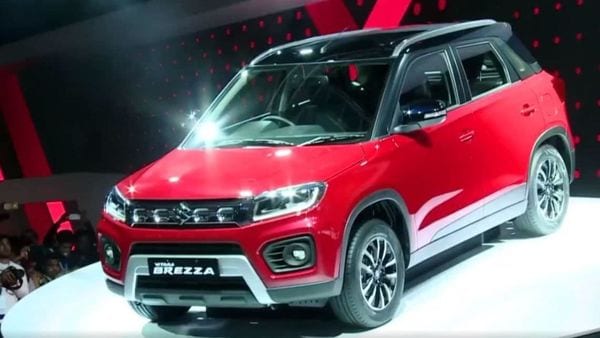 At a time when electric vehicles are quite the rage, Maruti Suzuki is confident CNG vehicles provide a viable alternative to petrol or diesel-only models. And while Maruti hasn't either confirmed or denied plans of rolling out a battery-powered options in the times to come, the focus on CNG vehicles may be well placed. The car maker is now reportedly planning to bring CNG technology to its popular Vitara Brezza model and it could be a move that connects with buyers.

Fuel prices in the country remain at record levels with a litre of petrol at triple-digit mark in many parts. As such, CNG has emerged as a solid option for those with relatively higher per-day driving range. The Vitara Brezza with factory-fitted CNG could emerge as a good option for such customers because the running cost of such a vehicle is significantly lesser than that of a conventional petrol or diesel model.

CNG kits are fitted in cars with petrol engine only. The move to push Brezza from an all-diesel range to all-petrol range means the option of offering CNG kit on the vehicle is now possible. Several spy shots of Vitara Brezza with CNG kit on test run have recently emerged online, fueling the prospects of an official announcement soon.

While CNG vehicles do take a slight performance dip and the boot space is taken up by the cylinder, the lower running cost tends to outweigh these drawbacks. Maruti Suzuki already offers company fitted S-CNG in some of its vehicles like Alto, WagonR and Ertiga.

And while the future may indeed belong to electric vehicles, passenger cars with battery power may still take some time before entering the mainstream here. Till such time, many say CNG vehicles could work well to help owners keep a firm grasp on fuel expenses.