The country's largest carmaker Maruti Suzuki India (MSI) reported around 27 per cent increase in retail sales at close to 96,700 units during the Navratri period this year.Hyundai Motor India retailed 26,068 units during the period, an increase of 28 per cent over last year.
By : PTI
| Updated on: 01 Nov 2020, 11:43 AM 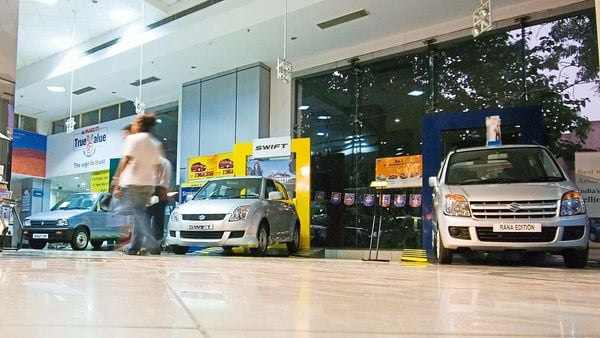 File photo: Maruti Suzuki has a dealer network of over 3,086 showrooms across the country.

The country's largest carmaker Maruti Suzuki India (MSI) reported around 27 per cent increase in retail sales at close to 96,700 units during the Navratri period this year.

"Our total retail sales were in the range of 96,700 units this year which is more than last year," MSI Executive Director for Sales and Marketing Shashank Srivastava said when asked about sales during the Navratri period.

The auto major had retailed around 76,000 units in the same period last year.

Similarly, Hyundai Motor India said it retailed 26,068 units during the period, an increase of 28 per cent over last year.

Tata Motors retailed 10,887 units during the Navratri period this year, an increase of 90 per cent over 5,725 units last year. 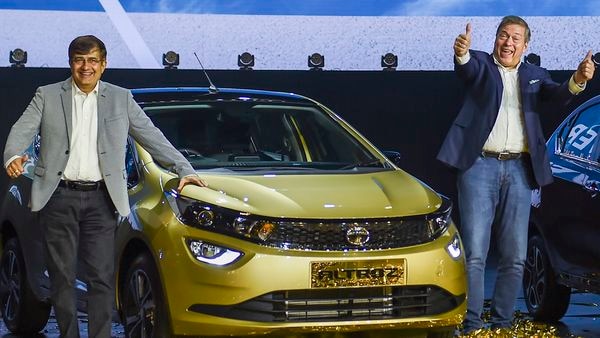 “It is noteworthy that despite the slowdown caused by the pandemic, the company continued to witness strong demand and growth in bookings for all new 'Forever range' of cars and UVs. Our cars are being appreciated for best in class design, driving dynamics and safety," Tata Motors Passenger Vehicle Business Unit (Head Marketing) Vivek Srivatsa said.

Being the youngest and most refreshed range, customers are seeing value in the company's offerings, he added.

“We are updating existing variants of our products to provide customers with a variety of options to choose from, all while having the ability to take advantage of premium features at attractive price points," Srivatsa said.

Kia Motors India said it witnessed a whopping 224 per cent increase in retail sales during the ten day period at 11,640 units.

“We retailed around 5,000 units during the period, which is around 13 per cent more than the last year," TKM Senior Vice President (Sales and Service) Naveen Soni said.

Similarly, Mahindra & Mahindra said its deliveries this year during the period were higher than last year for SUVs and overall including small commercial vehicles (SCVs).

"Our bookings are up by 41 per cent in the SUV category and at an overall level, including pick ups and SCVs, we have seen a growth of almost 20 per cent, compared to the same period last year," M&M Automotive Division CEO Veejay Nakra said.

Rural continues to drive the momentum and this augurs well for robust festive demand and will help revive the industry in the short term, he added.

Honda Cars India said it witnessed a 10 per cent increase in retail sales during the auspicious period.