Blank-check company Graf Industrial Corp. is in talks to merge with Velodyne Lidar Inc., a deal that would take public the maker of sensors used in self-driving vehicles.
By :
| Updated on: 28 Jun 2020, 05:08 PM 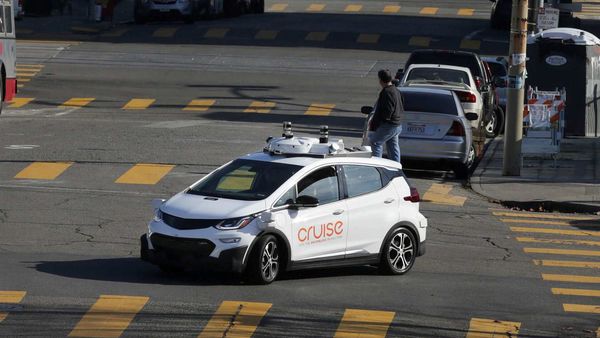 Blank-check company Graf Industrial Corp. is in talks to merge with Velodyne Lidar Inc., a deal that would take public the maker of sensors used in self-driving vehicles, according to people familiar with the matter.

Graf Industrial is working with an adviser to help raise funding for the potential transaction, said the people, who asked to not be identified because the matter isn’t public. No deal has been reached and Graf Industrial could opt to pursue another target, one of the people said.

Graf Industrial’s shares rose as high as 30% on the news and closed at a record $15, giving the Houston-based company a market value of about $457 million.

Representatives for Graf Industrial and Velodyne declined to comment.

Velodyne creates radar-like systems for self-driving vehicles that use lasers to generate three-dimensional images of a surrounding environment. Its technology is used by carmakers including Mercedes-Benz AG and Ford Motor Co., according to its website.

Backers include Ford and Baidu Inc., the Chinese technology firm, which together invested $150 million in Velodyne in 2016.

Velodyne hired bankers last year to go public and was seeking to surpass its last private valuation of $1.8 billion, Business Insider reported at the time.

Graf Industrial, a special purpose acquisition company, or SPAC, raised $225 million in an initial public offering in 2018. In April, the company said it was negotiating a combination with PureCycle Technologies, a polypropylene recycling company.