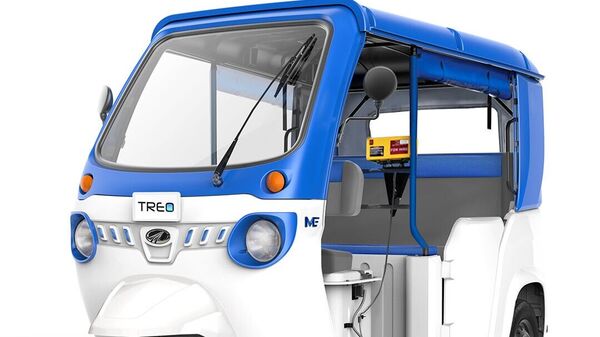 Mahindra Electric is celebrating the 50,000-sales milestone for its EV three-wheelers with its Treo and e-Alfa range. The Alfa Mini, which came out in 2017, was the first electric three-wheeler from the company, and since then the EV maker successfully launched the Treo, Treo Yaari, Treo Zor, and e Alfa Cargo EV three-wheeler models.

Out of all the electric three-wheelers that are a part of the company's portfolio, the Treo range has received the maximum number of awards such as the Global Awards for Excellence in auto retail marketing for electric three-wheeler of the year 2019 and made-in-India Innovation of the Year by ET Global Automotive Summit 2022 for the Treo and Apollo SCV of the Year 2021 as well as the ET Shark Awards 2021 for the Treo Zor.

With its 50,000+ strong fleet of electric three-wheelers, Mahindra Electric has seen several milestones during its journey – having covered more than 133 million electric kilometres and saving 27,566 metric tonne of CO₂ that otherwise would have required more than 6.1 lakh trees to be planted. The brand has also received special recognition award from Apollo CV Magazine for the e Alfa, and has also won the Green Achiever 2022 award at the 3rd edition of the Green Vehicle Expo.

In a separate development, earlier in April, Mahindra Electric Mobility launched the new Alfa CNG model in both passenger and cargo variants - Alfa Passenger DX BS6 CNG and Alfa Load Plus - at a starting price of ₹2.57 lakh (ex-showroom, Lucknow).