The EV charging station installed by Magenta in Xavier Mumbai campus is a combination of both AC and DC chargers - 30kW DC Fast Charger and 7.4kW AC charger.
By : HT Auto Desk
| Updated on: 14 Mar 2022, 05:51 PM 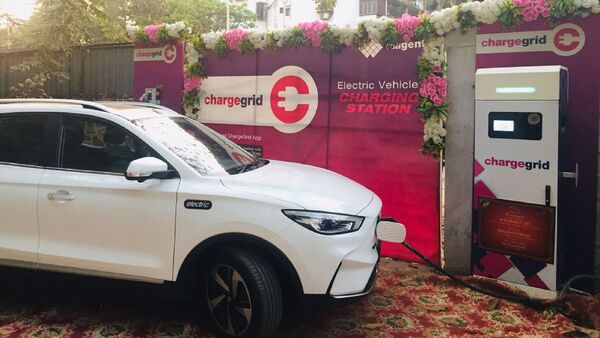 The first EV charger by Magenta under this initiative has been installed at Mumbai's Xavier's Institute of Engineering Campus at Mahim.

EV solutions company Magenta has partnered with Xavier Institutes to install EV charging stations at their multiple educational campuses. The first EV charger under this initiative has been installed at Mumbai's Xavier's Institute of Engineering Campus at Mahim. It was inaugurated by of HariBalaji N IPS, Deputy Commissioner of Police.

It is the first EV charging station in any educational institution in Mumbai. It will be operational round the clock and all seven days of the week. Magenta will further install more EV chargers across the Xavier’s network of educational institute in the country which pervades 83 University colleges, seven major Institutes of Business Management, 22 Technical Institutes, 11 Research Institutes, over 92 High Schools and 15 Specialized Institutions.

The charging station installed in the Mumbai campus is a combination of both AC and DC chargers - 30kW DC Fast Charger and 7.4kW AC charger, which will facilitate charging of two-wheelers, three-wheelers and four-wheelers. These chargers will be controlled via  the ChargeGrid App, which can be used for online remote monitoring and facilitate an automated payment mechanism.

Magenta's EV charging points are currently available in almost 34 cities and on many state and national roads under various business models. The company plans to build a network of 4,800 charging stations around the country to convert entire roadway segments into e-highways. This move will support the government initiative of setting up 400,000 charging stations to meet the requirement for two million Electric Vehicles (EV) that could potentially ply on its roads by 2026.

The company also recently partnered with Central Railways to install public EV charging stations alongside Parel, Dadar and Byculla Railway Stations. It also installed the Residential chargers for the Government of Delhi under the ‘Single window clearance program.