Losing out to neighbours: Delhi pump owners seek reduction of VAT on fuel

The Delhi government had increased VAT on petrol to 30 per cent from 27 per cent on May 5.Higher fuel prices in Delhi means pump owners here are losing out to fuel stations in neighbouring states.
By : PTI
| Updated on: 07 Jul 2020, 11:19 AM 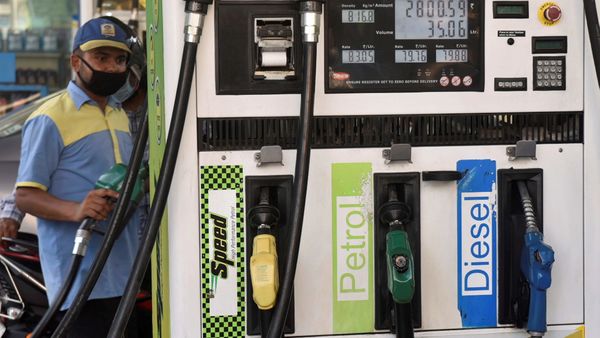 The increase in value added tax (VAT) on diesel is resulting in heavy loss of sales at petrol pumps in Delhi and making it unviable to operate them, the Delhi Petrol Dealers Association (DPDA), which has around 400 petrol pump owners as members, said in a statement.

(Also read - Petrol and diesel prices: When no change is not necessarily a welcome change)

"This increase in VAT has resulted in price difference of more than ₹8 per litre in diesel with neighbouring states, which is resulting in heavy loss of sales and more than 200 petrol pumps have become unviable," DPDA President Anil Bijlani said.

The rate difference of more than ₹8 per litre is resulting in sales shifting to neighbouring states and smuggling from these states, Nischal Singhania, former president of the Association, said.

"VAT on petroleum products contribute a big percentage to the total revenue of the state. By sales shifting to neighbouring states due to this massive rate difference, Delhi government is losing revenue and it is killing the goose which lays golden eggs," he added.

(Also read: Petrol and diesel prices: When no change is not necessarily a welcome change)

DPDA General Secretary Tanay Gupta said petrol dealers will have to resort to cost cutting for survival if VAT is not lowered.

"We will be forced to take steps like downsizing manpower, reducing working hours by operating petrol pumps only during the day since night operations are very expensive and are not required as no diesel sales are left, and may be introduce one-weekly off," he said.

The migration of diesel sales to neighbouring states and its smuggling into the city from these states has led to a massive drop in sales, and thus revenue, DPDA said.

In June, the drop in diesel sales in Delhi was 64 per cent as compared with the national average of drop of 18 per cent. This will result in loss of revenue of more than ₹380 crore, it said.