Home Auto News Lockdown 4.0: Buses, Taxis, Autos Get Back On Roads In Karnataka

Lockdown 4.0: Buses, taxis, autos get back on roads in Karnataka

State-run BMTC, KSRTC and its two subsidiaries have resumed bus services in cities and towns across Karnataka, except in containment zones.Only 30 passengers are allowed in a bus, with no standing commuters, to ensure physical distancing.
By : IANS
| Updated on: 19 May 2020, 03:02 PM 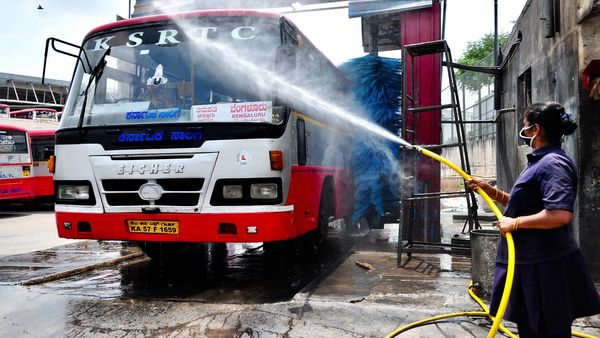 Resumption of public and private transport services after 55 days of extended lockdown under relaxed guidelines has brought hundreds of state-run and private buses, taxis and auto-rickshaws back on the roads in cities and towns across Karnataka, an official said on Tuesday.

"State-run BMTC, KSRTC and its two subsidiaries have resumed bus services in cities and towns across the state, except in containment zones where Covid cases are still high. Only 30 passengers are allowed in a bus, with no standing commuters, to ensure physical distancing," a transport official told IANS here.

In Bengaluru, commuters thronged bus stops across the city and stood in queues to board buses on different routes in morning hours.

"We have instructed drivers and conductors not to allow commuters to board buses without mask and ensure only 30 are allowed in at a time, with none standing. When some of them alight en route, only that many passengers can get into the bus during the trip," the official said.

(Also read: Here are the rules of traveling in public transport in Delhi)

This stringent guideline forced hundreds of people to prefer travelling by their own vehicles or opt for autos and taxis to reach their destination early.

"In a cosmopolitan city like Bengaluru with 110-lakh population, the new norm of allowing only 30 commuters to travel in a bus at a time is not worth the trouble, as people like me can't afford to waste time waiting for the next bus. This is tokenism," said S. Muralikrishna, a sales executive in a private firm.

With no metro rail service yet, commuting in the city has become a challenge and expensive, because autos and taxis are charging exorbitantly and fleecing the hapless citizens, even as they are forced to take only 2-3 passengers at a time. 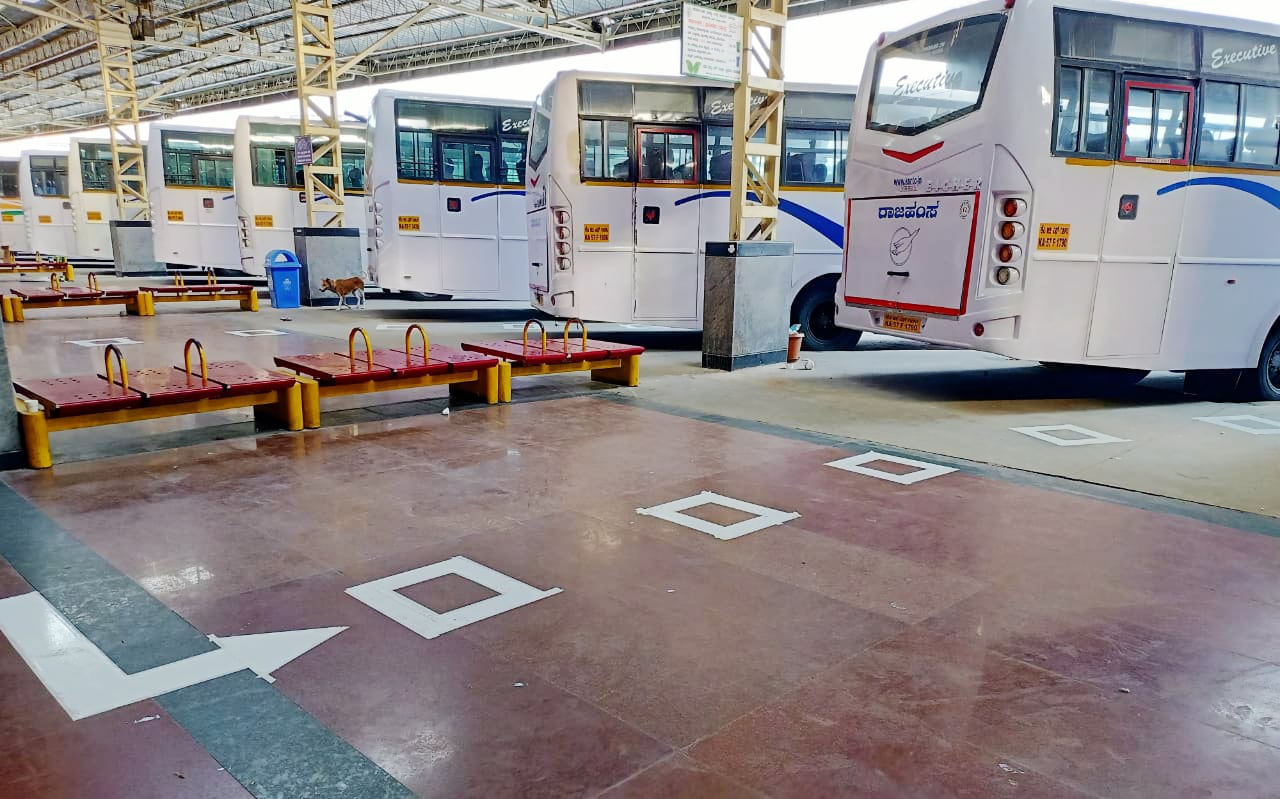 "Even to get into an auto or share taxi is very difficult, as drivers are wary of being fined by the traffic police for carrying more than 2-3 people at a time," said Sadiq Pasha, a bank official.

As the police have been deployed in full force to ensure social distancing at bus stands and in public places, hundreds of people are preferring to ride interior roads and lanes than the thoroughfares across the city.

(Also read: Cars bowling out public transportation around the world has a message for India)

"The response has been good since morning for our service across the city and for intra-state route trips, as the people are able to travel freely for the first time after an extended lockdown forced them indoors. As the service can be operated only from 7am to 7pm, we expect more people using buses in the evening again during the peak hour as in the morning," the official said.

Autos and taxis were in great demand outside the city bus stand and the intra-state bus terminal in the city centre, as many people were in a hurry to travel after a long time and were unable to board state-run or private buses.

As advised, the state transport corporations are not using air-conditioned buses for commuting in the city or on the intra-state routes.

"To avoid rush at bus stands and ensure long-distance commuters get priority to travel, people with daily, weekly, monthly, quarterly and yearly pass are given preference to board the buses along with women and children," the official added.