According to Herbert Diess, CEO at Volkswagen, hydrogen fuel cars are not proven to be climate-friendly.Tesla CEO Elon Musk echoed Diess' thoughts saying it is a 'dumb form of energy storage for cars'.
By : HT Auto Desk
| Updated on: 21 May 2021, 12:52 PM 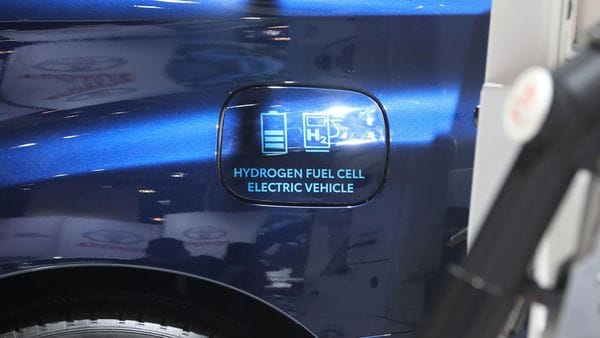 According to Herbert Diess, CEO at Volkswagen, hydrogen fuel cars are not proven to be climate-friendly. (File photo)

Volkswagen chief Herbert Diess has criticised hydrogen cars, saying that such vehicles have not been proven as environment-friendly. His remarks found support from Tesla CEO Elon Musk.

Diess referred to a report from a German media group called Handelsblatt, which showed a study claiming hydrogen cars are not a proven way to attain climate neutrality.

According to the study, conducted by Potsdam Institute for Climate Impact Research, direct use of electricity would make more economic and ecological sense in the coming years, especially in the passenger vehicle segment. It also said that new hydrogen-based fuels could keep combustion technology alive longer, which in turn would ensure continued dependence on fossil fuels and thus further greenhouse gas emissions and endanger the climate targets.

"Such fuels as a universal climate solution are a bit of a false promise. While they are wonderfully versatile, they cannot be expected to replace fossil fuels on a large scale. This can only be achieved with direct electrification," said Falko Ueckerdt, the lead author of the study published.

The study claims that hydrogen-powered cars utilise around five times as much energy as battery-powered electric vehicles. It claims that the production of such cars can use up to fourteen times the amount of electricity needed for internal combustion engine vehicles.

Volkswagen CEO Herbert Diess took to Twitter to share the report and wrote, "The hydrogen car is proven NOT the air conditioning solution. Electrification has established itself in traffic. Sham debates are a waste of time. Please listen to the science!"

Diess found support from Tesla CEO Elon Musk who replied to the VW chief's remarks saying, "Diess is right. Hydrogen is a staggeringly dumb form of energy storage for cars. Barely worth considering it for a rocket upper stage, which is its most compelling use."

Diess is right. Hydrogen is a staggeringly dumb form of energy storage for cars. Barely worth considering it for a rocket upper stage, which is its most compelling use.

Incidentally, in India, Union Minister Nitin Gadkari has been batting for hydrogen as alternative to petrol, diesel in an effort to reduce dependency on fossil fuel for vehicles. In fact, his ministry has recently notified regulations for various alternative fuels to promote sustainable mobility, which includes hydrogen-enriched compressed natural gas. Gadkari said the government has fixed the standards for hydrogen fuel cell in India.