Union Minister Nitin Gadkari had said the vision was to cut on huge annual crude imports bill to the tune of ₹7 lakh crore by promoting alternative fuel.
By :
| Updated on: 28 Sep 2020, 09:11 AM 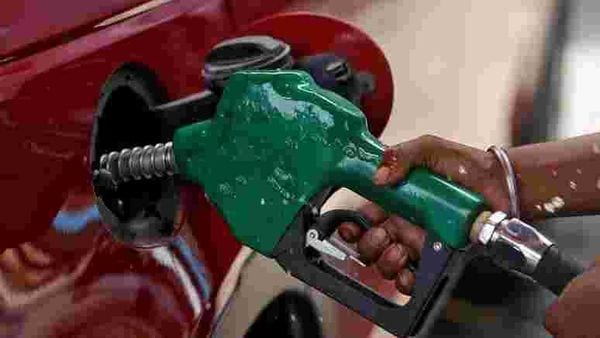 A worker holds a nozzle to pump petrol into a vehicle at a fuel station in Mumbai. (File photo)

"After testing use of H-CNG (18 per cent mix of hydrogen) as compared to neat CNG for emission reduction, the Bureau of Indian Standards has developed specifications of hydrogen-enriched compressed natural gas (H-CNG) for automotive purposes as a fuel," the Road Transport, Highways Minister said in a tweet.

The notification for amendments to the Central Motor Vehicles Rules 1989, for inclusion of H-CNG as an automotive fuel has been published.

The notification for amendments to the Central Motor Vehicles Rules 1989, for inclusion of H-CNG as an automotive fuel has been published, the minister tweeted. It is a step toward an alternative clean fuel for transportation, he added.

Gadkari, who also holds the MSME portfolio, said the vision was to make the Indian automobile industry number one manufacturing hub in the globe and cut on huge annual crude imports bill to the tune of ₹7 lakh crore by promoting alternative fuel.

He had earlier urged automakers to introduce flex-fuel engines in India on a large scale to promote alternative fuel in alignment with the government's 'Aatmanirbhar Bharat' drive.

To encourage alternative fuel, the government has decided to allow automakers meeting certain criteria to set up own fuel pumps, provided they sell green fuel too, Gadkari said, asserting that carmakers could easily introduce flex engines on par with Brazil, the US and Canada if they could leapfrog from BS 4 norms to BS 6.

"Government has taken a decision that the companies with a worth of more than ₹250 crore can start their own petrol/diesels pumps but the condition is that they should have alternative fuel pumps also," Road transport minister Gadkari said addressing SIAM's 60th annual convention 2020 - 'Rebuilding the Nation, Responsibly' through video conference earlier this month.

Gadkari said the government has fixed the standards for hydrogen fuel cell and electric, and urged automakers to employ the profitability earned through conventional carmaking in research and innovation in this direction too which he said could result in larger exports and employment generation.