Home Auto News Jet Ski Or Muscle Car On Water? It Is Powered By A 6.2 Liter V8 Engine

Jet ski or muscle car on water? It is powered by a 6.2-liter V8 engine

The V8 Daytona GT luxury jet ski has a a 6.2-liter, supercharged V8 engine at its heart.It also gets a fifteen-inch touchscreen infotainment system that monitors all engine functions.
By : HT Auto Desk
| Updated on: 04 Oct 2021, 10:47 AM 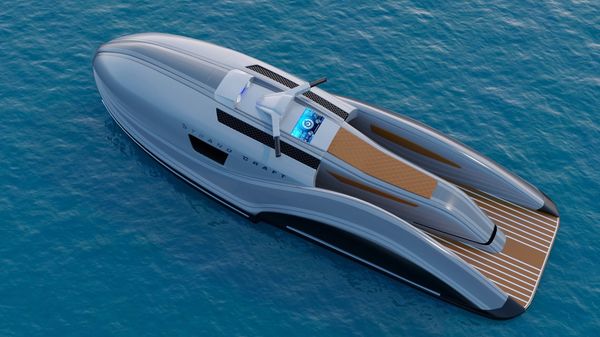 The powerful V8 engine is often at the heart of high-performance muscle cars and make the most distinct sound. There have even been some V8-powered boats too made by Lexus and Ferrari at some point but in a new, a marine vehicle company has made a luxury jet ski powered by an eight-cylinder engine set up.

Known as the V8 Daytona GT, the luxury jet ski by Strand Craft is claimed to be the first such marine vehicle with a 6.2-liter, supercharged V8 engine. Though the marine vehicle company has not mentioned the mechanical specifications of the jet ski, it is expected to produce 600 horsepower/ 441 kilowatts and even come in a V8 turbodiesel option, Motor 1 reported.

That is not all about the V8 Daytona GT, it comes with a number of standard features that makes it very much similar to a luxury muscle car running on water. Apart from the powerful engine, the jet ski features a fifteen-inch touchscreen infotainment system that monitors all engine functions and also includes the stereo interface.

Inside, the Daytona GT also comes with a storage box in front, a battery switch, underseat cooler box, and a premium sound system. To up its luxury quotient, the manufacturer has added wood inlays, teak wood deck and retractable tender lifting rings. The jet ski also gets an underwater camera.

The Daytona GT is not the only unique creation from Strand Craft. Nearly a decade ago, the company made ultra-exclusive yachts, and named them the 166 and 122. Costing multi-million dollars, the super luxury yachts were akin to hotels floating on the ocean. They also came with garage for those who would want to park their luxury car collection inside the yacht. Thus, the V8-powered jet-ski from the company doesn't come as a big surprise.