Jeep says it does not want to be a victim of cross-sanctions and cites examples of other companies in other regions who have had to face this challenge.
By : HT Auto Desk
| Updated on: 29 Jul 2022, 09:23 AM 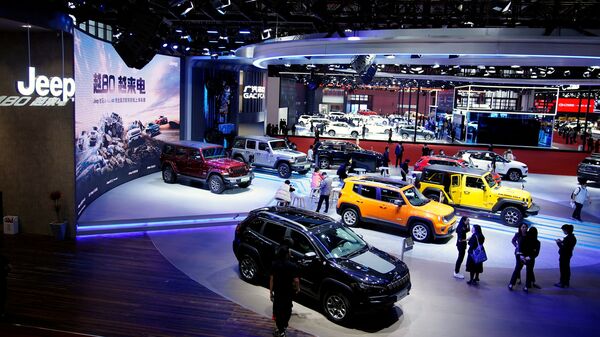 File photo: People visit the Jeep booth during a media day for the Auto Shanghai Show in Shanghai, China.

The sole Jeep factory in China has been shut down with company officials here blaming rising political interference from authorities. Jeep, part of a multi-brand conglomerate that is owned by Stellantis NV, had earlier terminated a loss-making joint venture with Chinese carmaker Guangzhou Automobile Group (GAC) as well in what has been a journey with more challenges than opportunities.

While China is the world's largest automotive market and the world's biggest car-manufacturing country, there is growing concern that tensions between Beijing and the western world is slowly - but surely - making it difficult for foreign brands to do business. “We have been seeing over the last few years more and more political interference in the world of business in China," said Carlos Tavares, CEO of Stellantis. "We don’t want to be a victim of cross-sanctions as has been the case for other companies in other regions of the world recently."

The sheer size and the growth story of the Chinese automotive market means that global and local players have been engaged in an intense battle to spread wings. But several international brands have found the going tougher than what was initially expected and despite a few of them entering into joint ventures with Chinese players, have found the going tough. Jeep, for instance, brought an end to its 12-year manufacturing partnership with GAC as part of what is believed to be a global restructuring to be an asset-light company.

But it is also true that Stellantis has a microscopic share in the Chinese automotive market unlike some of its global rivals who continue to push forward with their plans for the country. Volkswagen, for instance, is determined to go big here. Stephan Wollenstein, Volkswagen China CEO, for instance has underlined the importance of the market. "If you’re not in China and if you don’t cope with China’s speed and treat China specifically, I have my doubts that you will be a leading manufacturer in the next five-to-10 years," he said. (Read more here)

How much then will possible and alleged political interference be a hindrance? With China vs western world tensions continuing to simmer, suspicions are likely to persist. And the early stages of Covid-19 had already shown why diversifying manufacturing process instead of concentrating these in one country - mostly China - may make better business sense.