Lately, in China, various joint ventures between international automakers and local partners have come under pressure as competition has been heating up.
By : HT Auto Desk
| Updated on: 18 Jul 2022, 15:38 PM 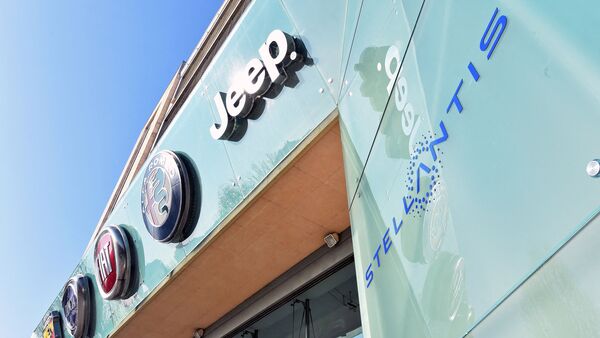 Multi-national auto manufacturer Stellantis has announced that it has terminated the loss-making joint venture with Chinese carmaker GAC, which has been producing Jeep vehicles for the brand in China, after it failed in its attempt to take control of the business. Stellantis will recognize a non-cash impairment of around 297 million euros ($299.5 million) for its first half-year results, the company said.

Lately, in China, various joint ventures between international automakers and local partners have come under pressure as competition has been heating up while lockdowns in response to the Covid-19 pandemic have also impacted production and sales. A Stellantis spokesperson said, “We came to the conclusion that it was better to close the joint venture," adding that the venture had been loss-making and that the carmaker could still operate in China through its dealer network.

The joint venture with GAC is since 2010 when it had struck a partnership with Fiat Chrysler, which later merged with PSA to form Stellantis. But the latter has now been looking to reshuffle its strategy in the country as part of a broader simplification of its global structure under Chief Executive Carlos Tavares. It currently has less than a 1% share of the Chinese auto market.

In March, Stellantis released its 2030 business plan, saying it would adopt an ‘asset-light’ business model in the country, where it also has a joint venture with China's Dongfeng. The GAC venture, which saw a 50% decline in sales last year, closed one plant in March and the Dongfeng venture recently closed two due to excess capacity.

By 2030, Stellantis aims for its China revenue to reach 20 billion euros ($20.3 billion), totalling 7% of total expected revenue, a steep jump from the 3.9 billion euros turned over in China, India and Asia Pacific in 2021.