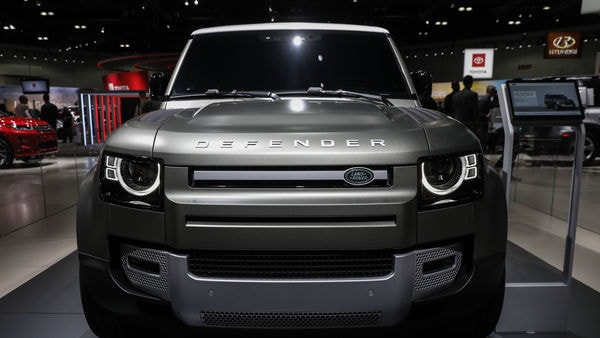 A Jaguar Land Rover Defender showcased in the United States.

Carmaker Jaguar Land Rover (JLR) posted a 6% fall in full-year sales on Friday after a challenging year in which its performance was hit by the weakening Chinese autos market and falling demand for diesel vehicles in Europe.

Retail sales stood at 557,706 vehicles in 2019, hit by a 13.5% slump in China, but in the last six months the firm reported double-digit growth in the country, with overall company sales up 1.3% in December.

"Over the last six months we saw a marked improvement in China, where intensive work with our retailers, combined with significant process and product improvements are starting to gain traction."

At the start of 2019, JLR announced plans to cut around 10% of its workforce and it has been pursuing measures to reduce costs and improve cash flows by 2.5 billion pounds.

The company, owned by India's Tata Motors, returned to the black in the three months to the end of September 2019, posting a 156 million-pound ($204 million) profit.

JLR, like much of the car industry, has also faced the challenge of stepping up investment in zero and low-emissions vehicles as regulations tighten while simultaneously dealing with a drop in demand for some conventionally-powered models.

It has paired up with BMW to jointly develop electric motors, transmissions and power electronics which should allow it to share some of the high costs of advancing the green technology.