The executive sedan segment is a close-knit patchwork of a few vehicles competing with each other for a small chunk of the much larger Indian automotive pie.
By :
| Written By : Shubhodeep Chakravarty
| Updated on: 26 Nov 2019, 17:08 PM 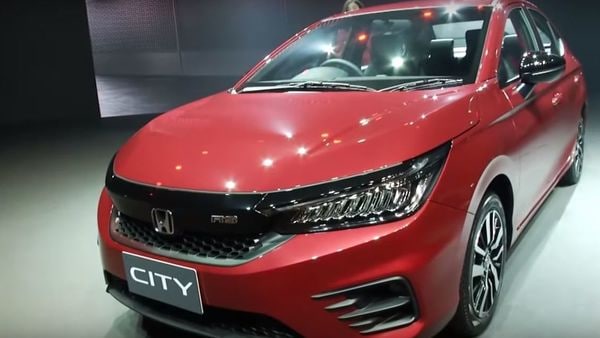 NEW DELHI : The City has had the ominous task of carrying all of Honda on its back in India for several years now. If that is not testament to the capabilities of this car, little else is. And now, with Honda readying City 2020 for Indian shores, it is once again looking at the executive sedan to rake in the numbers.

Question is are buyers really looking at the executive sedan segment at all?

The executive sedan segment is a close-knit patchwork of a few vehicles competing with each other for a small chunk of the much larger Indian automotive pie. There is City and then there is the Ciaz from Maruti Suzuki, Verna from Hyundai, Vento from VW and Rapid from Skoda. None of these cars have figured anywhere in the top-10 selling passenger vehicles in the country in recent times. None of these cars even came close to the top-25 selling passenger vehicles in the month of October 2019.

And the alarm bell needs to be ringing loudest at camp Honda.

In a sedate executive sedan segment, the fall from grace has been the hardest for City. That is if one rules out fringe players like Vento, Rapid and Toyota's Yaris. Sample this: The City sold 3,612 units in October of 2018. Exactly a year on, just 1,887 units of the car were sold. That is a fall of a mammoth 48%. It is true too that Ciaz and Verna numbers suffered setbacks as well but in comparitive analysis, the fall in sales wasn't as jarring as in the case of City. Maruti sold 2,371 units of Ciaz in October of 2019 vis-a-vis 3,892 in October of 2018. Hyundai sold 2,174 units as against 3,301 units in October of 2018. These are declines of 39% and 34%.

What may have been hurting Honda over the years, also, is its inability to adapt to demands of the Indian market. When the demand for diesel vehicles was soaring around 2010-11, Honda remained petrol-headed, and adamantly at that. When sub-compact SUVs were catching on, Honda had no real offering to catch the tide by its proverbial horns. And now, the so-called rookies like Kia and MG Motor have stormed the market with just one offering each and both are SUVs.

Honda has, therefore, been relegated to eight spot in the list of companies with maximum combined PV sales for the month of October 2019. Its 10,010 units for the month was primarily fueled by Amaze (5,134) with City and WRV (1,367) mopping up the remaining numbers.

Is it also time to bring in the much-anticipated HR-V compact SUV here and make it the mainstay of Honda, in place of the battle-hardened City? Time, and Indian car buyers, will tell.