In Sri Lanka, cars sit in garages while bicycles take the roads

The shortage of motor fuel is so grave that Sri Lanka introduced fuel-rationing system across petrol pumps in the country.
By : HT Auto Desk
| Updated on: 10 Jul 2022, 10:13 AM 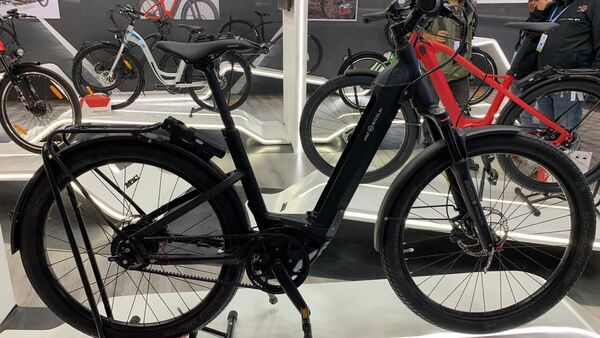 File photo of bicycles used for representational purpose only

Amid a burgeoning economic crisis and shortage of motor fuel, people in Sri Lanka are leaving their cars in garages and switching to bicycles. Thousands of middle-class professionals in the country have switched to two wheels for all their daily needs of work commutes or grocery shopping as the country has been facing its worst economic crisis since independence in 1948.

The shortage of motor fuel is so grave that Sri Lanka introduced fuel-rationing system across petrol pumps in the country - a system in which tokens will be issued to consumers, allotting them a pre-defined quantity of petrol or diesel per week. With the assistance of the Sri Lankan army and police, token numbers would be given to the public to fill limited quantity of fuel.

To get petrol, people stand in queues for hours and sometimes even days. “First, it was two or three hours in a petrol queue. Last time, about three weeks ago, I was in a petrol queue for three days," a 41-year-old doctor Thusitha Kahaduwa told Reuters. “Buying a bicycle was an act of desperation," he added.

Sri Lanka's currency reserves are close to zero, which means that imports of fertiliser, food and medicine for its 22 million population have slowed down. For about two weeks, the country hasn't had any oil shipments arriving. In fact, spare parts of vehicles and accessories such as bike helmets and locks are also in short supply.

A bicycle shop owner, Victor Perera, told Reuters that cycle sales have increased ten fold since May. "Because of the petrol problem, everyone is asking for bicycles," he said. However, stocks for bicycles are also quite limited while government has restricted imports of things beyond basic necessities in order to conserve foreign reserves.