In leather jacket, Elon Musk shows off fastest Tesla ever 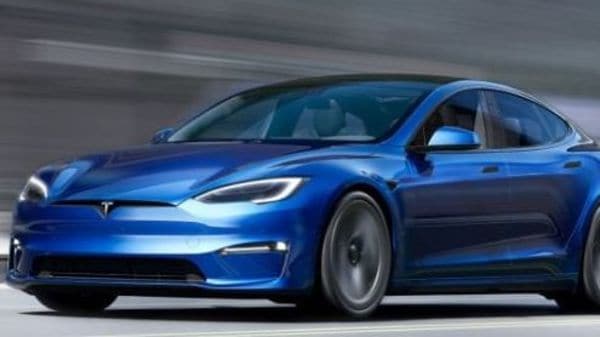 Tesla CEO Elon Musk made quite a fashion statement but even the maverick businessman, with all his supposed charm and dressed in a leather jacket and black denims, could not steal the limelight from Model S Plaid, the fastest car Tesla has ever made. Not that Musk was trying to anyway.

Tesla Model S Plaid made its much-awaited US debut amid much fanfare in an event closely followed the world over. While backing the high-performance capabilities of Model S Plaid, Musk also chose to focus on the role Model S Plaid is likely to play in Tesla product portfolio. "Why make this really fast car that’s crazy fast?" he asked. "It’s something that’s quite important to the future of sustainable energy. We’ve gotta show that an electric car is the best car, hands down."

Model S Plaid can hit 100 kmph in 1.99 seconds and has a range of around 625 kilometres. With peak power of a thunderous 1,020 hp, it is an outright challenge to makers of sportscars that are now offering electric options. "This (Model S Plaid) is what I call limit-of-physics engineering," said Musk at the event.

Model S Plaid had received a significant price hike just a day before its official debut and starts at $129,990 in the US. Musk claims it is safer than Volvo cars and faster than a Porsche. But what's also interesting is that the EV is loaded to the brim with features, some not available in any other passenger vehicle in the world. Take the 17-inch cinematic main infotainment screen. Or the rear screen that supports wireless controllers for in-car gaming. Or even the 22 speaker, 960-watt audio system - Model S Plaid may well be pushing boundaries that rivals didn't even know of.

And at a time when some die-hard fans of performance vehicles have openly ridiculed the idea of batteries replacing thunderous engines under the hood, Tesla Model S Plaid could well silence most doubters, if not all.