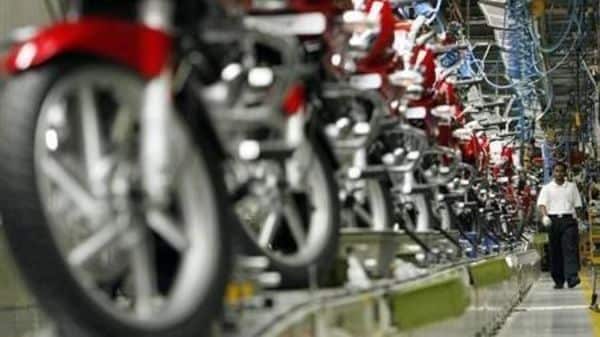 The strike, however, had no impact on production of auto majors Maruti Suzuki India, Hero MotoCorp, Honda Cars India, Mahindra & Mahindra, Tata Motors and Hyundai Motors India as their plants in various parts of the country functioned normally.

"Workers in all the three shifts at the Manesar plant are not working today in support of the trade union strike," HMSI Employee Union President Suresh Gaur told PTI.

"Workers at factories in the Manesar-Bawal industrial area are supporting the strike and productions have been affected," Gaur claimed.

At Bajaj Auto's Chakan plant in Maharashtra, there was a complete shut down and no production took place, said a union leader of the company.

In the auto belt of Pimpri-Chinchwad, Chakan, Hinjewadi, Talegaon and Nagar Road, there was partial strike.

Production was also normal at Tata and Mahindra's plants in Chakan in Pune, worker sources said.

Similarly, workers and officials at Maruti Suzuki, Hero MotoCorp, Honda Cars India confirmed that production was on normally at their respective plants and the strike had no impact.

In Tamil Nadu, trade union sources in Sriperumbudur-Oragadam industrial belt, which is home to several auto-companies, said around 3,000 employees belonging to various multinational companies joined the dawn-to-dusk strike on Wednesday.

"Some employees of few companies have joined the strike. But some workers employed in Hyundai Motor India and some other multinational companies have taken leave to participate in the strike. It is not a paid leave for them, they have come for participation despite a loss of pay", union sources told PTI.

Of the total 3,000 employees, around 1,600 were detained by the police and were kept briefly at a marriage hall in the area and were later let off, they said.

Meanwhile, IT firm HCL issued an advisory to its employees to exercise caution during travel, while also giving option to work from home.

"We have also recommended the employees to avail Tele-Commuting option (Work From Home) if required. While proactively monitoring the situation, we are invoking all necessary measures to ensure business continuity and providing full support to our employees wherever required," a company spokesperson said.

Ten central trade unions have claimed around 25 crore people will participate in the nationwide strike called to protest against the union government's labour reforms, FDI, disinvestment, corporatisation and privatisation policies.

They are pressing for a 12-point charter of demands of the working class relating to minimum wage and social security, among others.

The demands also include a minimum pension of ₹6,000 for everyone, minimum support price (MSP) for farmers, adequate supply of ration to people, AITUC General Secretary Amarjeet Kaur said, adding that the demands concern common man's issues besides worker-centric areas.