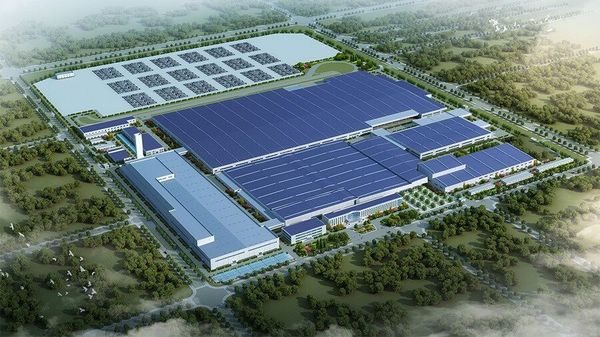 Honda Motor has decided to go big with electric vehicles in China. The Honda Motor (China) Investment, which is a wholly-owned Honda subsidiary in China, has announced a deal with Dongfeng to build a new facility in China to build electric cars. The new dedicated Honda EV production facility aims to help the Japanese carmaker to expand its EV lineup in the coming years.

Honda Motor aims to complete the new facility within the next two years. It plans to start producing electric vehicles from this new facility from 2024. The facility, which will be set up in Wuhan Economic Development Zone in Hubei Province of China, will be spread across 630,000 square meters of area.

According to a statement from Honda Motor, the facility will have a basic annual production capacity of 120,000 units. The facility will have a design which is highly efficient and smart. It will produce electric vehicles right from scratch. Honda says that the facility is capable of start-to-finish EV production, which include key processes like stamping, welding, painting, assembly and complete vehicle inspection. The plant also aims to achieve automation, mainly in the assembly area.

The new EV plant from Honda will also aim for sustainable measures, which will include utilisation of renewable energy sources such as solar power to help achieve carbon neutrality, use of recycled water and other resource conservation measures to reduce pollution.

Honda has already unveiled the E:Prototype SUV at the Shanghai Auto Show last year. It is also getting ready to launch the third-generation HR-V electric SUV soon as well. With both these models, Honda aims to make headway in a market where EV makers are jostling for supremacy.

China is currently the biggest market for electric vehicles with several foreign players, including Tesla, Volkswagen and Volvo, having their presence in the Chinese EV space. Honda's strategy of going for mass production of EVs will help the carmaker to stake its claim.