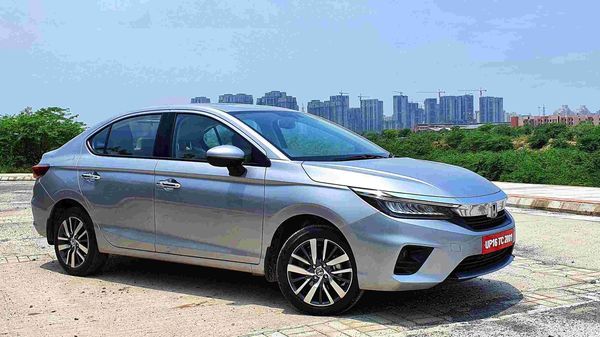 Staying true to its legacy of being the Japanese automaker's longest running nameplate in India, the all-new fifth generation City was launched in July 2020 and has once again exceeded benchmarks with its design, technological prowess, safety and connectivity features, the automaker said in a statement.

The City's market share in December 2020 stood at 41 per cent in the segment, it added.

The model is not only leading the segment sales but also contributing to the overall growth of the mid-sized sedan segment which grew 10 per cent in July-December period, the carmaker said.

The cumulative sales for the segment in July-December period last year stood at 45,277 units as compared to 41,122 units in the same period of 2019.

"The City brand has been synonymous with Honda in India. Continuously re-inventing itself, each generation of the Honda City has offered new technologies and value propositions to enthral its customers, creating a benchmark for quality and trust in the process," Honda Cars India Senior Vice President and Director - Marketing & Sales Rajesh Goel said,

The launch of fifth generation City in July last year gave a much-needed impetus to the mid-sized sedan segment despite the challenging times, he added.

The model, which competes with the likes of Hyundai Verna, Skoda Rapid and Maruti Ciaz, comes with both petrol and diesel powertrains.