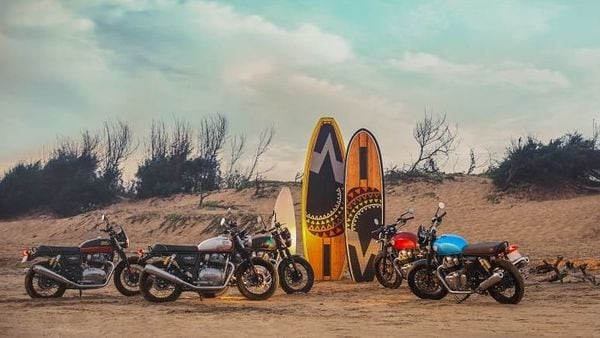 Royal Enfield announced on Thursday that it has managed to grow its overall sales (domestic + export) by 84% for the month of March’21. The Chennai-based bike maker sold a total of 66,058 motorcycles last month, as against just 35,814 motorcycles sold in the corresponding period a year ago.

Needless to say, the jump in the comparative sales figures (March’21 vs March’20) is also partially fueled by the fact that last year around the same time the country went into a lockdown state to control the pandemic outbreak, restricting business and sales throughout the market.

For March’21, Royal Enfield’s domestic sales stood at 60,173 units while the exports were registered at 5,885, while in the corresponding month a year ago, Royal Enfield managed to sell only 32,630 in the domestic market and export 3,184 units.

As far as Year-to-Date (YTD) performance is concerned, the company registered a negative growth of 12% as it sold 6,12,350 units in 2020-21 against 6,95,959 sold in 2019-20. Considering that 2020 was one of the most challenging years for the auto industry, Royal Enfield still managed to cut down losses and boost sales with the introduction of an array of new models as well as initiatives.

It announced the launch of all-new Meteor 350 in November last year and more recently came up with the updated Himalayan, Continental GT 650 as well as Interceptor INT 650. The brand also introduced new technology (Tripper Navigation) on its bikes and announced ‘Make-it-Yours’ initiative for its customers.